It's the Bush Tax Cuts Stupid!!

The numbers are in on who is offering the best deal for the poor, middle class and rich. It's not even close, and yet, the Mitt'ster is still doing well in the polls. Voting against ones own best interest is the name of the game, and the tea party has bought into the scheme completely. 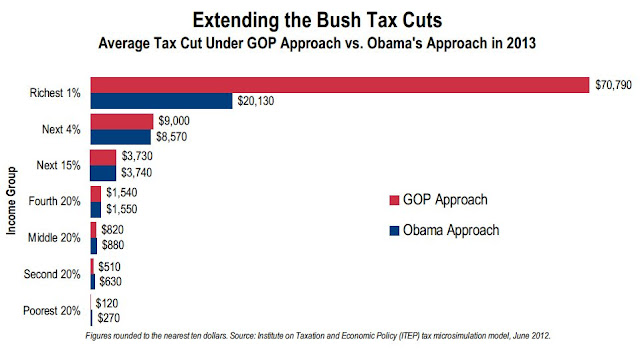 Citizens for Tax Justice: New figures from the Institute on Taxation and Economic Policy (ITEP) compare Congressional Republicans’ proposal to extend all the Bush tax cuts to President Obama’s more limited proposal to extend most, but not all, of the tax cuts ... the richest one percent would pay $50,660 less under the GOP approach than under the President’s approach next year.

There's more bad news coming our way if Republicans get what they want:


The President’s approach would cost $1 trillion dollars less (including interest payments on the resulting debt) over the next decade than the GOP approach, 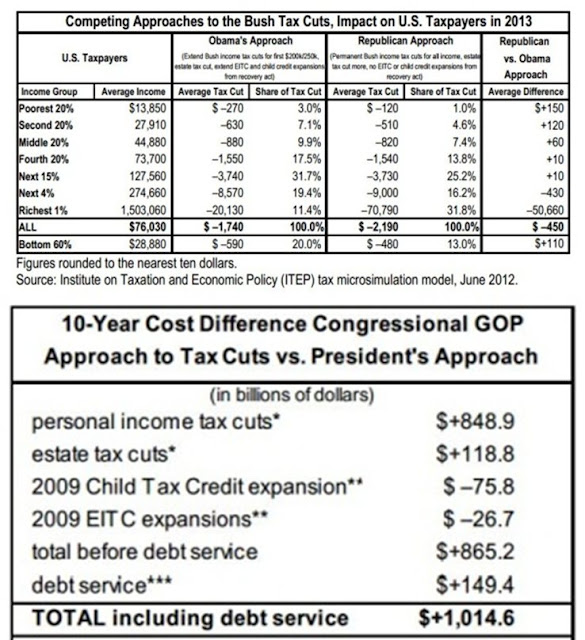