It's funny, I never get "stand with Walker" troll comments with stories like this...no big deal to them?

It's the lowest ranking for the state since September, when Wisconsin was 36th in year-over-year job growth in the Bureau of Labor Statistics' seasonally adjusted Current Employment Statistics figures.

Of the 6,100 jobs lost in the state between April and May, 4,000 were in construction, a job sector that has enjoyed fairly stable growth.

Of course Walker has also done the impossible; lost construction jobs in spring, at the beginning of the construction season.

Unemployment UP: But technically, if you include the non-participation rate of those not looking or who are barely employed...Trump said it best...(seriously though, it's usually about twice the reported rate): 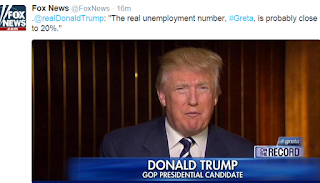 Wisconsin's unemployment rate grew to 4.6 percent; it was at 4.4 percent in April.