Gun toting freaks in our legislatures and on our streets nationwide have done all they could to hide the impact of fast and loose gun laws. If law enforcement can't collect the data, then we'll never know how to fine tune CC laws. And what we don't know may hurt us, but we just can't say for sure.

As adults, we didn't have to let it get out of control.

So hows concealed carry working out? Just wonderful since it's against the law to find out. Seriously, what are they afraid of, and what are they intentionally trying to hide? jsonline:

Milwaukee police say it's impossible to know from their records because it is illegal to reveal how many criminal incidents involve permit holders. Indeed, Wisconsin's concealed carry law, 2011's Act 35, explicitly prohibits law enforcement agencies from sorting their records by whether anyone involved had a permit.

Are you ready for the lamest excuse ever? You’d think with all the groups nationwide and the time they had to think about it, they could have come up with something? Take note of “on our members.” 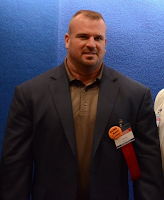 Nik Clark, president of gun rights advocacy group Wisconsin Carry Inc., defends that practice (no data). "It's not going to be in the proper context," Clark said. "There's no need to expose and collect aggregate data on our members."

Members? Anyone can get a concealed carry permit, there’s no “club” or membership that I know of, and not everyone believes collecting data is a problem.


But Clark, a control freak, thinks he speaks for all his “members.” 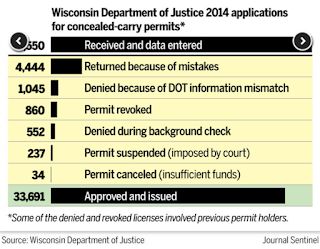