Why would a Racist Group donate to a Republican Candidate for President?

CBS News for some reason only mentioned 3 GOP candidates who received money from the Council of Conservative Citizens.

I guess you can add Scott Walker to that list too.

Is there something these guys aren't telling us that donors have an inside track on?

I added our governors picture to the CBS graphic below. Still, it seems odd any news organization would not include all the candidates names, and not just Cruz, Santorum and Paul, right? 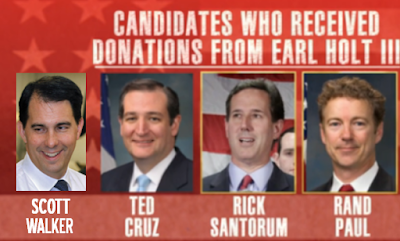