Huh? The title says it all. Scott Walker knows his strong partisan base of low information voters would never really defect, but just to make sure, he's going to scramble the jobs numbers with Nostradamus like predictions doled out by the Philly Fed.

Even WPR News and Marquette University's Charles Franklin got a hint something was wrong: 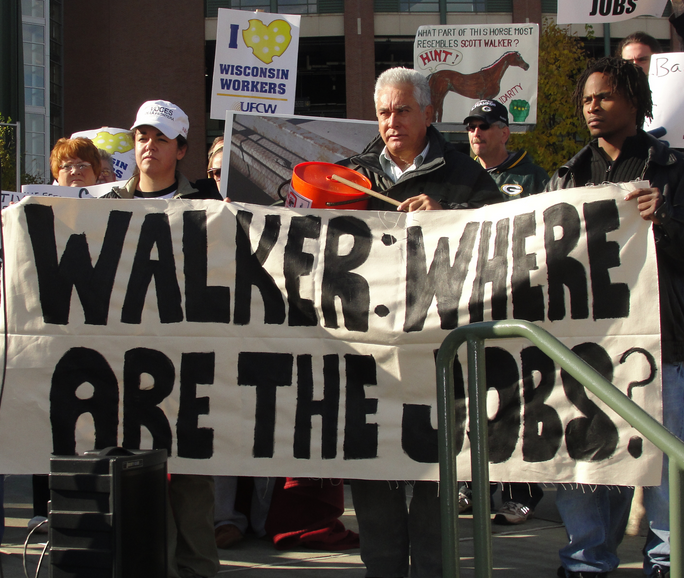 After over a year of stressing the importance of “actual” job counts versus estimates, Gov. Scott Walker is now highlighting a new set of job numbers.
.About a month before his recall election, monthly estimates showed Walker had lost jobs his first year in office. To counter that, Walker sped the release of actual job counts showing job gains.

Now, with Walker's next election a little more than a year away, and the latest census job numbers due out later this week, Walker is highlighting a different metric. “Rankings that come out are typically based on quarterly numbers that come out from [the Bureau of Labor Statistics], which are a six-month lag,” he says. “What we're trying to look at is not six months ago … but where are we going to be in the next six months.” Walker is talking about the Philadelphia Federal Reserve's Leading Index, a complex prediction of where state economies are headed.

Marquette University's Charles Franklin says it's telling that Walker is moving away from a hard job count that's easy to understand to a much more complicated estimate that's hard to explain. “What politicians care about is the perception of how the economy is doing rather than the best or most reliable measure.”

Thursday will be the first chance people get to see how Wisconsin's employer census numbers – the hard job count – compare to other states through the end of March. The numbers Wisconsin sent to the federal government were the state's worst for that period in the past three years.

Maybe the Philly Fed will also predict a different governor in the next six months?