Conservative Radio is Dying along with its aging Audience. Ever wonder why they don't brag about their ratings?

Not another conservative talk show host? Why not.

But as the radicalization of right wing radio gets even more shrill and ridiculous, listeners are taking a hike:

Two years ago, Limbaugh called a then-Georgetown University student a "slut" after she testified to Congress advocating contraception. Limbaugh's comments led to an advertising boycott and since then, his ratings have dipped in key markets.

Here’s something I didn't know, and conservative radio listeners never bring it up: 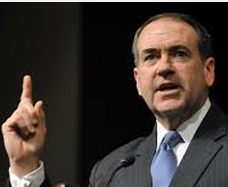 Cumulus, with stations in some of the largest markets ended its contract with former Arkansas Gov. Mike Huckabee, a socially conservative commentator, after just 20 months because the show failed to lift ratings.

What, no one is listening to these long winded boring incessant complainers? I thought they were so much more interesting than liberal talkers. Good news for liberal radio guys like me:

"Ultimately, demographics are going marginalize this sore-head brand of talk radio," Cooke said. "We have 95 million millennials who are about to take over the American economy."