It's all about #YesAllWomen!

The gun crowd is now an empowered group of self aggrandizing bullies out to intimidate the public.

But the growing acceptance of guns is also weaving this dangerous weapon into the public's list of possible solutions to social problems and inner conflicts. And sadly, not every "law abiding" gun owner makes the right choice.


BBC: The killing of six people in a gun and knife attack in California has provoked a strong reaction on social media. Elliot Rodger, 22, stabbed three male room-mates and shot three people in a rampage that ended with his own death. Shortly before the attacks, he posted a video on YouTube railing against women. He is also reported to have posted similar sentiments on online forums.

But then an odd tweet contained in this response led to another and then another: 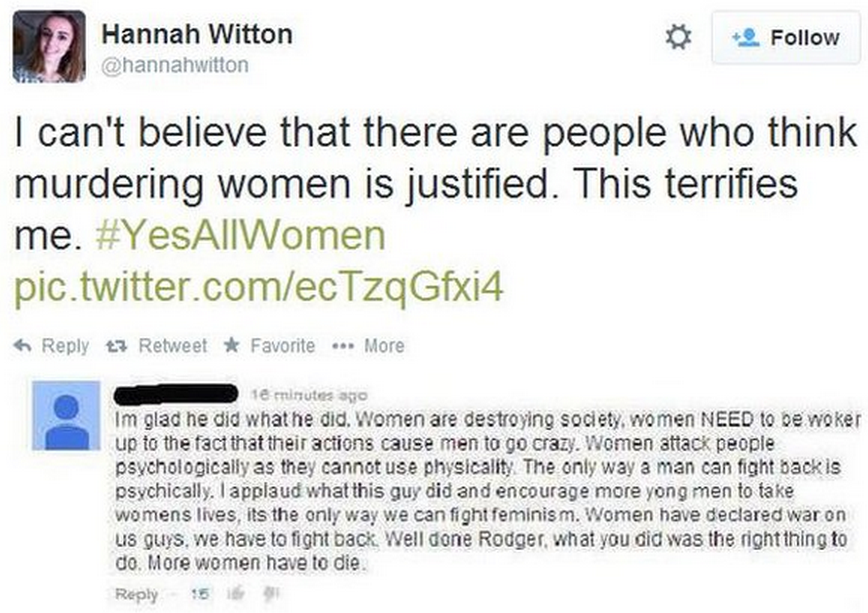 That elicited this response from other losers: 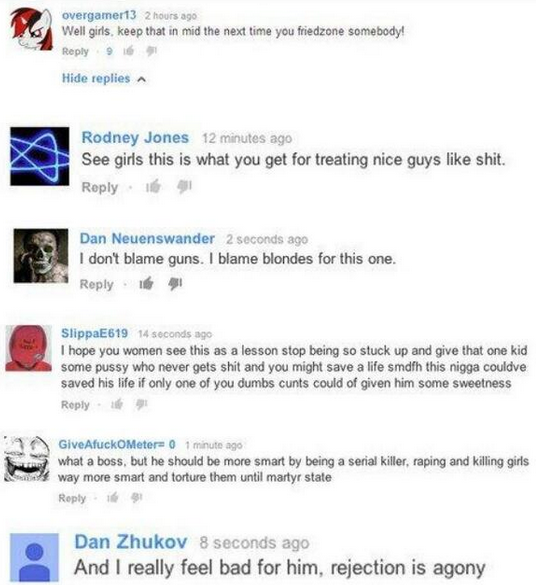 "When I was first listening to him, I was like, ‘Oh, he’s angry with women for rejecting him,'" Ludwig said. "Then I started to have a different idea: 'Is this somebody who is trying to fight against his homosexual impulses?' Was he angry with women because they were taking away men from him?"