Am I the only one who's got a bad feeling about volunteer "election observers" watching our every vote, or how with a few tweaks, things can get way out-of-hand?

WISCOSIN ELECTION: On Tuesday, the Wisconsin Senate Elections and Urban Affairs Committee heard testimony on proposed administrative rules regarding the conduct of elections observers in the State of Wisconsin. The rule would allow the observers area to be no less than three and no more than eight feet away from the sign-in table which is consistent with Act 177 along with prohibiting the use of video or still cameras while the polls are open for voting.

The drummed up fear mongering around a recent Racine election was the impetus for reform, and gave us our first glimpse into the what "election observer" intimidation is going to look like. As reported back in June of 2012 by the Root River Siren: 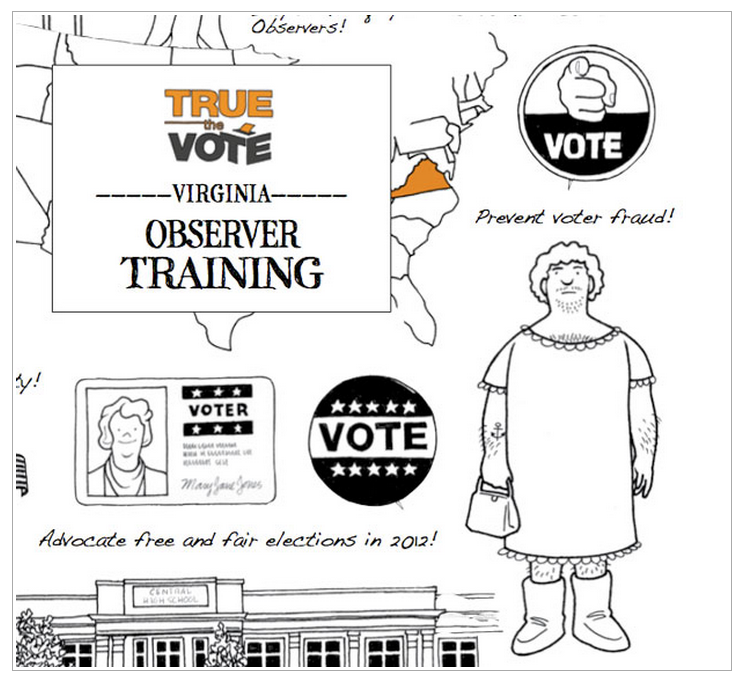 A complaint has been filed with the Government Accountability Board by a Racine resident which stems from an alleged act of voter intimidation by a poll observer at Jefferson Lighthouse Elementary School polling place. The poll observer has been identified as Willard Helander who turns out to be the County Clerk of Lake County, Illinois. Helander reportedly harassed and intimidated voters and even tried to prevent one voter from putting her ballot in the voting machine by following close behind and shouting at the voter.


The best part is the conclusion by the investigator: "Overall, the complaints filed with this office in regards to what the election observers did observe on 6-5-12 do not prove voter fraud or that a crime had occurred at any polling place. Many of the complaints received the observer had made assumptions of fraud...with no proof that had occurred. Most of the observers themselves have written in their observations that they violated those rules stated they would abide by."

So would it be crazy to believe "observers" at our polling places would start us down a very bad road?


Mary Ann Hanson of Brookfield testified on the proposed administrative rule … (that from) previous experience as an election observer during elections from the past three years that include the 2011 and 2012 recall elections … there has been a large influx of observers outside of the State of Wisconsin due to the status it holds as a battleground state in federal and some statewide elections.