Who’s Judge Randa? Without a doubt he's pure right wing politics in a robe. And while the press ignores the shocking fact that his assistant is the wife of Scott Walker's campaign lawyer Steve Biskupic, Randa is allowed to act out his twisted ideological interpretation of the law with no mounting criticism from his peers.

You won't believe this guy. From jsonline: 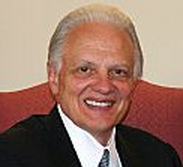 U.S. District Judge Rudolph Randa — an adviser to the Milwaukee chapter of the conservative Federalist Society — has moved to center stage with his ruling last week to halt the John Doe investigation into Walker's campaign and its conservative allies.

Randa, 73, is the natty dresser with the white mane and authoritarian manner.

Randa told a reporter for The Milwaukee Journal that he believed his job was not to use the law "to implement my ideas of what society should be." Even so, he did not try to hide his political leanings on one key issue: abortion. Asked for his views, Randa remarked that he was a Catholic "and as a member of the Catholic Church, if you abide by the rules of the Catholic Church, abortion is wrong."

On occasion, Randa has brought up issues with defendants that have little to do directly with their cases. For instance, in 2007, Randa referred repeatedly to a drug dealer's Mexican heritage, saying "you people" and "those people," during sentencing. The judge also discounted the defendant's claim of being a good family man, saying "even Adolf Hitler was admired by his family. Adolf Hitler loved his dog. Yet he killed 6 million Jews." The Chicago-based appeals court returned the case to another judge and ordered a new sentence. Appeals Court Judge Diane Wood wrote that Randa's comments were "utterly out of bounds."

Also in 2007, Randa ordered convicted state purchasing official Georgia Thompson to be jailed while she appealed her conviction for steering a travel contract to a company to supporters of then-Gov. Jim Doyle, a Democrat. The appeals court tossed Thompson's conviction, calling the evidence "beyond thin," and ordered her to be freed immediately.

This year, Randa was overturned for forcing a prisoner to wear prison garb in front of the jury during his civil rights case against Langlade County jail guards. Appeals Court Judge Richard Posner wrote that forcing someone to wear prisoner clothing in front of a jury is "highly prejudicial."

In June 2007, Randa announced he would move into senior status, a form of semiretirement for federal judges without a cut in pay or benefits. But he said he would do this only if then-President George W. Bush, a Republican, was able to appoint his successor. That didn't happen. Shortly after Democratic President Barack Obama was elected, Randa rescinded his application to go to senior status and has remained on full district court status.

There's more. From WPT's Here and Now, get a load of what former State Supreme Court Justice Janine Geske said about Randa's decision about destroying evidence: