The Case for Single Payer...

Thanks to Vox.com, we're finally able to summarize what single payer can do to save us all money, and really isn't that what it's all about?

While Republicans argue paying nearly twice as much is worth the price freedom and smaller government, I would save that money so I can buy a set of theater chairs for my living room.

My conservative friend would find it repugnant to have the largess of government bargain down the price of care. But since it's such a big part of GDP, it's time to take control and set the prices we're willing to pay: 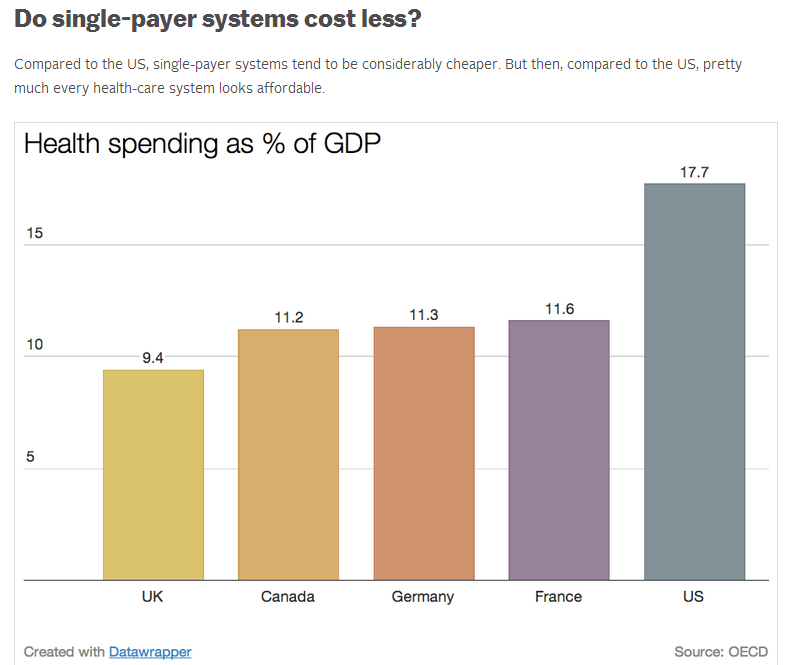 Single-payer systems tend to have lower administrative costs than those with many private insurance companies, where doctors and hospitals devote lots of time to figuring out who is supposed to pay them what amount. One 2011 study in the journal Health Affairs estimated that American doctors spend four times as much money interacting with healthcare payers than their Canadian counterparts.