Who could miss this headline:

And wouldn't you know it, our in-the-tank for Scott Walker Wisconsin Realtors Association blamed the problem on Obama: 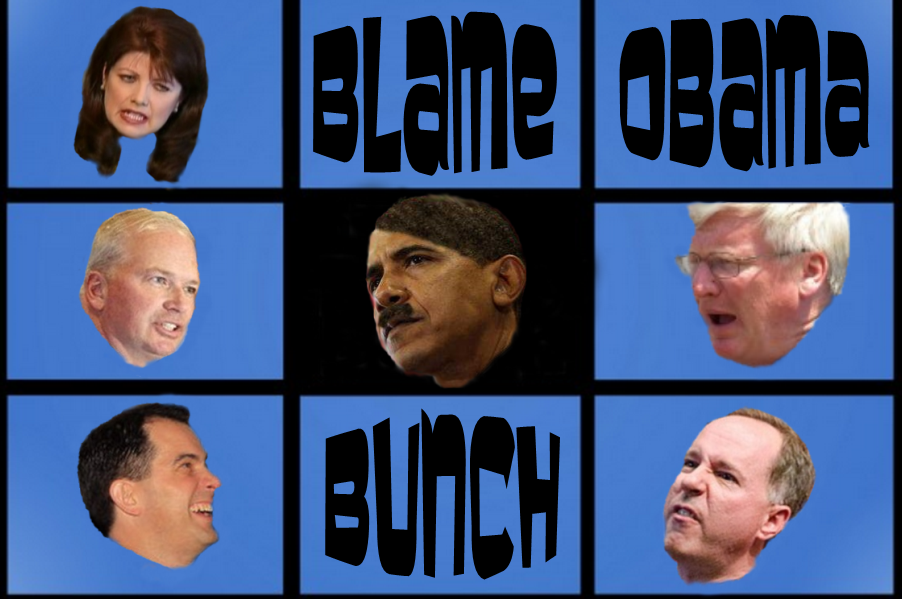 It's not Scott Walker's own lousy red state Wisconsin economic road map that's to blame? It's Obama. Why not just blame the Capitol protests and the recall election while your at it?

The Blame Obama Bunch: Who could have predicted that cutting the pay of public workers and outright opposition to raising the minimum wage would decrease consumer demand for homes?

And with the spread of voucher schools, that have the unintended consequences of watering down and breaking up neighborhoods with highly rated school systems, home buyers are less motivated and home owners are losing one of their biggest selling points:

Sales were down year-over-year in every region of the state in April. The trend of higher home prices and higher interest rates on mortgages also put a rebound in home sales further into the future, at best.

It's the "Blame Obama Bunch" again.