Smart Guns? Gun Nuts Oppose anything smarter than them…

Joe Biden is looking at everything, including 'smart guns', technology that’s been around awhile, but not marketed or pushed by the gun industry. 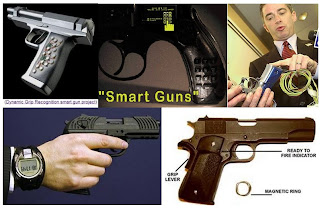 Newsmax: Various techniques such as fingerprint recognition or the wearing of a magnetic ring would prevent anyone other than a weapon's registered owner from firing it. The National Rifle Association and other groups have come out against smart guns.

Think about it; the gun industry is giving up billions of dollars by ignoring what every other industry has latched onto, “new and improved.” Why wouldn't a gun owner want to keep anyone else from using their guns?

And it sounds extremely constitutional. In the latest Bond movie, James uses a biometric gun (first above picture): 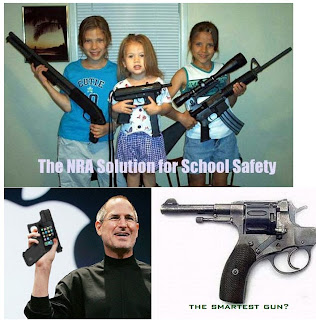 One project: the New Jersey Institute of Technology's (NJIT) Dynamic Grip Recognition technology. They received $2M about seven years ago to develop a gun with a biometric locking mechanism that will only work with one owner. The main idea is that the gun's handle would be outfitted with 32 pressure sensors to record your unique holding pattern.