Ed Garvey has been soaking up attention for a long time all because he's organized Fighting Bob Fest, a great event and something he should be proud of. Sad to say, it's time to hang up those now clueless opinions. Not completely mind you, but when it comes to current issues, he's not connecting as much anymore. 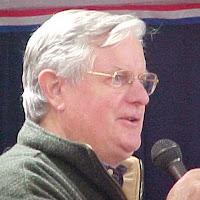 The recent cheap shot and false premise from the losers at Media Trackers over Democratic Party of Wisconsin's Graeme Zielinski's tweet is understandable, but for Garvey to agree with them...is unconscionable bumbling.

Adding insult to injury, Garvey fed into the tea party sausage machine by not only encouraging their ridiculous behavior, but made Media Trackers look like a credible participant in the political debate.

In light of Zielinski’s supposed pro-life opinion, blogger and founder of Fighting Bob Fest Ed Garveyblogged that Democratic Party of Wisconsin Chairman Mike Tate ought to ask for Zielinski’s resignation if this was indeed Graeme’s position on abortion. 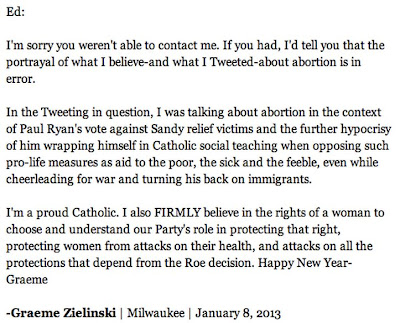