JP Morgan wakes up to “consumer demand,” while Republican raise taxes on poor and middle class.

First, a few important points that should get JP Morgan’s attention: 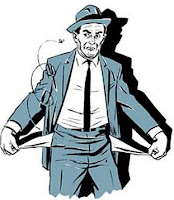 Decreasing the Earned Income Tax Credit and Homestead Tax Credit took money right out of the pockets of those who were most likely to spend it.

Decreasing Medicare’s growth increases the out-of-pocket costs for seniors, taking a little more money out of the local economy.

Republicans continue to talk about increasing out-of-pocket costs for health care so the sick have some “skin in the game.”

JP Morgan had an epiphany. They realized something every Democrat has been saying all along; increase wages, don’t cut our safety nets and consumer demand drives the economy and creates jobs.

USA Today: Wall Street will soon find out how many Americans really are living paycheck-to-paycheck.

Most Americans will still get smaller paychecks this year due to higher taxes … lawmakers … let the 2-percentage-point payroll tax holiday expire on Dec. 31, which will take roughly $120 billion out of workers pockets this year.

Less disposable income could pinch consumer spending, and possibly drag down stock prices of companies that depend on consumers, such as retailers, warns David Kelly, chief global strategist at JPMorgan Funds, in a note, "Stress-Testing the American Consumer.""A key question," Kelly says, "is how many households truly live paycheck-to-paycheck in this country?" Put another way: How many people will cut back on spending now that higher taxes have trimmed their pay?