A handful of sheriffs across the country say they will not enforce an assault weapons ban because THEY don't believe it's constitutional. Remember, these guys enforce the law.

We don't have long as a country.

Here's Rachel Maddow with a clip I thought made the gun regulation case well. 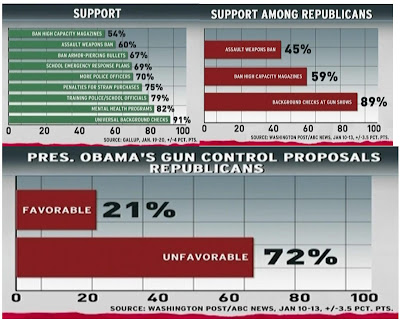