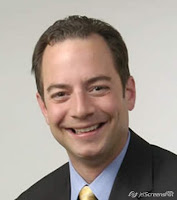 As much as I dislike Politifact for ignoring a political parties platform when compiling their opinions, their research is thorough, and the reason why I'm including it here.
RNC chairman Reince Priebus made wild claims on every media outlet he could, to get as much mileage out of it as possible before being found out, that the $30 million Wisconsin recall effort against incumbent Republicans had been a total waste of union money. He played the media successfully, saving the party from losing too much ground in the public's perception of the recall effort.
Finally, Politifact got around to disproving Priebus' claims:

Republican National Committee Chairman Reince Priebus says public-employee unions spent $30 million on Wisconsin Senate recall races-And he put a number on the union’s effort: "I don’t think he should be worried at all, and if the public employee unions want to flush another $30 million down the toilet, and then allow Scott Walker to be even stronger and win a recall election … then they should go ahead and do it, because the $30 million they flushed down the toilet will be $30 million they don’t have for other races. So, hey, go for it." An RNC spokesman told us Priebus -- the former Wisconsin GOP chairman -- actually was referring not just to labor unions, but to any spending on the pro-Democrat side … "Analysis from our political folks in Wisconsin suggests that when all is said and done, pro-Democrat groups will have spent between $20 (million) and $30 million on their failed effort to win a majority in the state Senate," said Ryan Mahoney of the RNC … Of course, Priebus on MSNBC limited his claim to the public unions -- and said a flat $30 million. So there are already problems with his claim.

The John K. MacIver Institute for Public Policy, a conservative think tank in Wisconsin, produced anelaborate flow chart of pro-Dem spending – including unions but also "national and state liberal groups." MacIver’s definition, then, was broader than Priebus’ "union" claim. The most prominent campaign-spending tracker is the Wisconsin Democracy Campaign, a nonprofit that advocates for transparency in campaign spending. It’s allied with a coalition of left-leaning groups, including several unions.

Its total for pro-Democrat spending by groups: $15.1 million. Again, $15 million is far short of $30 million. We rate his claim False.