GOP offers up Another Frivolous Law; Immigration Bill in search of Problem. 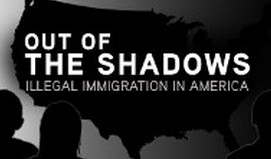 Always worried someone is going to get something for nothing, on the backs of the well off or wealthy, state Republicans want to make life a little harder than it already is. It’s a character builder they’ll say, not to mention a way to make us all better citizens.
Republicans want to make sure no illegal immigrant pulls a fast one on them, and gets public assistance. Hell, it's already illegal and doesn't happen, but the GOP is demanding more freedom killing paperwork and regulations from everyone.

Cap Times: Assembly Bill 222, introduced Thursday, would require anyone applying for public assistance programs administered by the state Department of Health Services or Department of Children and Families to prove citizenship or lawful presence in the United States. That would include W-2, medical assistance, food stamps, BadgerCare Plus, SeniorCare, and the Wisconsin Shares child care subsidy.
The bill was introduced by Rep. Jeff Mursau, R-Crivitz, "I'm concerned law-abiding citizens and legal immigrants in Wisconsin will have diminished public assistance programs they pay for."

Like Voter ID -- legislation recently passed that requires voters to show a photo ID to stop supposed voter fraud -- AB 222 assumes a problem that is not in evidence, they say. "The bill is a paperwork burden in search of a problem to solve," says Jon Peacock, research director for the Wisconsin Council on Children and Families. "It won't affect immigrants because they already are ineligible for these programs and generally are not participating.

The state's Legislative Audit Bureau has looked at the Medicaid eligibility system and has not found that immigrants are unlawfully participating in the program, he says.

Although eligibility for public assistance is already restricted to citizens and legal residents by federal and state law, Mursau says there's no way to know…

Labels: Immigration
Email ThisBlogThis!Share to TwitterShare to FacebookShare to Pinterest