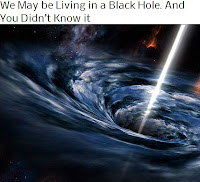 The following guest list of knuckleheads is enough to physically create a societal black hole big enough to suck centuries of human progress into black nothingness.

SheboyganPress: Ron Johnson will be among the featured speakers at the Sheboygan Liberty Coalition's third annual Tea Party with Americans for Prosperity, to be held on Saturday, Sept. 3 at Fountain Park at North Eighth Street and Erie Avenue in Sheboygan.

In a shockingly open way, the tea party and whack-a-doodle guests are quite comfortable with its money bags sugar daddy “Americans for Prosperity.” “Americans” for Prosperity is a complete misnomer; it’s a corporate, not American, kind prosperity boldly obvious in their stated agenda. As SourceWatch.org explains:

Americans for Prosperity (AFP) is a group fronting special interests started by oil billionaire David Koch and Richard Fink (a member of the board of directors ofKoch Industries). AFP has been accused of funding astroturf operations but also has been fueling the "Tea Party" efforts. 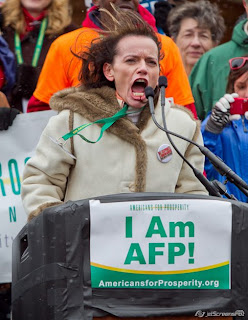 There’s no question Wisconsin’s invisible woman Lt. Gov. Rebecca Kleefisch is now known more for her simple minded perspective than her cheap bouffant hair style, but as pictured to the right, the screaming Banshee of talk radio Vicki McKenna, is proud of her brownshirt like dedication: “I am AFP.” Real freedom fighters.
Like Sourcewatch explained about that very event pictured:

Then, on April 16th, 2011, "Sarah Palin, former Governor of Alaska who quit her job in 2009, headlined a rally in Madison, Wisconsin, bought and paid for by the front-group Americans for Prosperity (AFP), but billed as a "grassroots" Tea Party event. The Koch-funded AFP set up the stage and programmed 13 buses into Madison, but only six were labeled "full" on their website on Saturday. AFP also likely paid the airfare and fees of the national speakers."[19] "[C]ounter-protesters outnumbered Tea Party supporters. Wisconsin Wave held an early rally on the opposite side of the capitol, giving progressives a platform for the day but ending in time for attendees to march in opposition to Palin's speech.... Hundreds of protesters brought hand puppets to the event, illustrating the theme 'Walker and Palin are corporate puppets' of the Koch Brothers and other corporate interests."