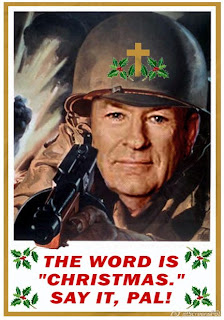 Bill O'Reilly's Talking Points Memo: As just about everybody knows, America is broke.

Nice criticism, huh? And Republicans blamed liberals for hating our country. Guess again. But here’s where the wheels come off for O’Reilly and every other conservative analysis of the widening income gap, which they blame on lazyness; when they complain about rising poverty, more people on welfare, increased food stamp usage, massive Medicaid enrollment, energy assistance and a dramatic increase in low wage workers who don’t pay any taxes, they’re just proving how devastating trickledown economics has been to everyone but the wealthy.
It’s almost criminal no one has taken them to task for their incredibly noticeable blind spot. And just to make their argument work, they cleverly avoid mentioning the Great Recession; like we’ve already forgotten? Here’s a part of O’Reilly’s transcript where he offers proof that Republican economics has trashed the middle class and poor with all their business tax cuts, talk about uncertainty, deregulation that caused the Great Recession and turning government over to the privateers. It would be almost laughable if it weren’t so horrifically cruel and tragic:

In 2002, the poverty rate in America was about 12 percent. In 2009, it was about 14 percent, up two points despite more than $4 trillion in welfare spending over that period … Food stamps are also big, up a whopping 256 percent in nine years. Child nutrition programs are up 82 percent, low income energy assistance is up 190 percent and direct payments to Americans who earn low wages are up 353 percent. That's the redistribution of income … welfare payments account for 22 percent of the total budget, a big number … The big kahuna is Medicaid, which counts for $276 billion this year, an 87 percent rise in 10 years. Medicaid is money the federal government gives to the states to pay for health expenses for the poor … It's not that illegal aliens themselves get welfare, although some of them do, but it is the children of illegals who cannot be denied.

But we’re already talking about the working poor in every point listed above. So you know what's next? The “father figure” party, unhappy with the sour fruits of their policies, have no choice but to dole out discipline, literally.

The feds must impose discipline here and in every other federal spending situation. A fair system would hold those receiving government assistance accountable. That is, if they turn things around, they would have to pay back a portion of what they received and they would actively have to try to get work. If they do not, the benefits cease.

And if they would rather die, then they should do it, and decrease the surplus population?

The basic philosophy of President Obama's party is to redistribute income to those who do not have very much, regardless of their status.

Not just a dog whistle for immigrant hating party racists, but actual outrage directed at “those who do not have very much.” It really is appallingly beyond words.
Posted by John Peterson, Democurmudgeon at 8/25/2011 10:09:00 PM