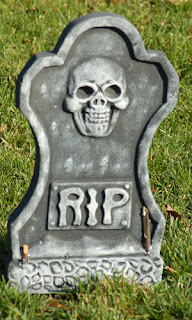 Perhaps Wall Street has simply resigned itself to not caring what the public thinks. It is working to develop a new product sure to anger its critics: death derivatives. They sound just like what they are: investors would essentially bet that people will die sooner than later. This idea certainly sounds morbid at best and morally repugnant at worst. Essentially, those investors would profit from an untimely death. Is it wrong for banks to create such products?

The investor side of the bet has already been described. On the other side of the transaction would be pension funds that worry their clients are going to live longer than anticipated and consequently collect more payments than their accrued balance would provide for.

If the people in question die quickly, then investors get paid. If people live longer, then the pension funds are covered. Think of death derivatives as a way for pension funds to hedge against their clients living a very long time. JPMorgan and Prudential Plc (PRU) last year set up a trade group aimed at establishing and standardizing a secondary market for so- called longevity risks. Ah, "longevity risks."

That certainly sounds a lot nicer than "the risk of people living too long." If there is a market for death derivatives and they can find mechanisms that create a robust, liquid market, then it could thrive.

I can think of public policy, like Paul Ryan’s Medicare voucher idea, that would cut off or limit health care treatment dramatically. The same holds true for an unregulated free market health care system that rations care in the small print section of a policies endless legalese.
Posted by John Peterson, Democurmudgeon at 5/18/2011 01:27:00 PM