The whole high speed rail debate started before Scott Walker even started his run for governor, but Republican opposition was so energized, that it was a no brainer for Walker to ride that train to victory.
Never mind the long lasting repercussions that killed real local job creation and development, like the following: 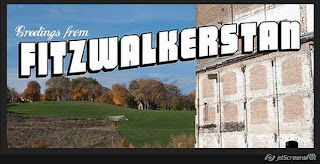 jsonline: Property values plunged 44% last year in the downtown area that includes the Amtrak-Greyhound station, because planned development in and around the station hasn't happened as expected, city development officials say … the tax-incremental financing district won't be able to meet a 2032 legal deadline to repay the city's $6 million investment, Department of City Development projections show.

The mindlessness of the reactionary right and its opposition to the entire rail project was exploited by Walker, and now, the economic devastation is just becoming clearer:

Gov. Scott Walker's election reversed some 20 years of planning, under both Republican and Democratic administrations, to extend Amtrak's Chicago-to-Milwaukee Hiawatha line to Madison, as part of a larger network of fast, frequent trains linking Chicago to the Twin Cities and other Midwestern destinations, leading to the loss of an $810 million federal stimulus grant. More recently, the U.S. Department of Transportation rejected the state's bid for $213 million for upgrades to the existing Hiawatha line.

If that weren’t bad enough, it gets worse with this story tidbit that is almost breathtaking:

Republicans who control the Legislature also are moving to overturn planning for the KRM Commuter Link, a commuter rail line that would link Milwaukee to the southern suburbs, Racine and Kenosha, allowing passengers to transfer to Chicago's Metra commuter trains.

If you’re not familiar with this plan, I’ll leave you with the description below, and another reason why Republicans cratered the economy in the first place:

The improvement and expansion of public transit in this heavily traveled corridor has the potential to provide a public transit alternative which will have travel times competitive with the automobile, support and encourage more efficient higher density development, reduce automobile traffic volume and congestion, reduce transportation-related air pollutants and energy consumption, provide a high quality alternative when IH 94 is undergoing reconstruction, and meet the needs of those who are unable or who choose not to use an automobile.

The corridor extending from Milwaukee to Chicago … population density is nearly 3 times higher and job density is nearly 4 times higher in this corridor than in the combined metropolitan area, and is expected to grow. High quality and attractive transit service can stimulate desirable and positive land use development and redevelopment in the older major cities such as Kenosha, Milwaukee, and Racine, in the older suburban communities such as Cudahy, St. Francis, and South Milwaukee, and in the newer developing communities such as Caledonia, Oak Creek, and Somers. An investment in high-quality transit service will generate additional investment in communities.