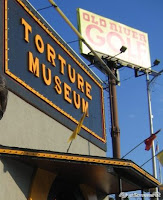 Maybe it was the party atmosphere, or one too many celebratory drinks with special interests, but the not to swift Ron Johnson (who can’t possibly be a senator?) is fitting right in by spouting down the rabbit hole platitudes at the "convention."
Appropriately located in the Wisconsin Dells, somewhere near the Torture Museum no doubt, the Republican state convention even energized the mentally lazy “Gary Cooper” wanna-be Johnson, to break his shallow silence.

jsonline: At the state GOP convention, U.S. Sen. Ron Johnson said Saturday he would use the debate on raising of the federal debt ceiling to seek cuts in federal spending and deficits, rejecting what he called "scare-mongering" by President Barack Obama's administration.

It says a lot when the truth is considered by Republicans to be “scare mongering.”
To Johnson, defaulting on our debt can’t be anything but a big plus. Instead of leaving the debate till later, and making specific draconian cuts in front of voters, Ron likes the idea of “blackmail."

"They're trying to blackmail us essentially," Johnson said. 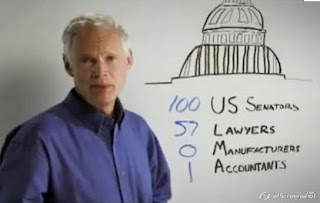 Did anyone believe him? Even odder than Johnson’s “I know you are but what am I” moment, he would also keep the government going by spending money we don’t have from revenues that aren't enough...and claiming the remaining (?) money is… are you ready?...”Left over.” Nothing is left over you dufus.

If the ceiling is not raised, Johnson said, the federal government could still use its $2.6 trillion in yearly revenue to pay the $250 billion in annual interest on its debt and "100% of Social Security" and still have more than $1 trillion left over for "essential defense, security, safety and health."