Nuke Ooops! Ignoring wind and solar, Republicans are determined to push nuclear power. Well, it’s another bad decision by the party of bungle.

This can't be good news for China's brand new nuke plant pictured below: 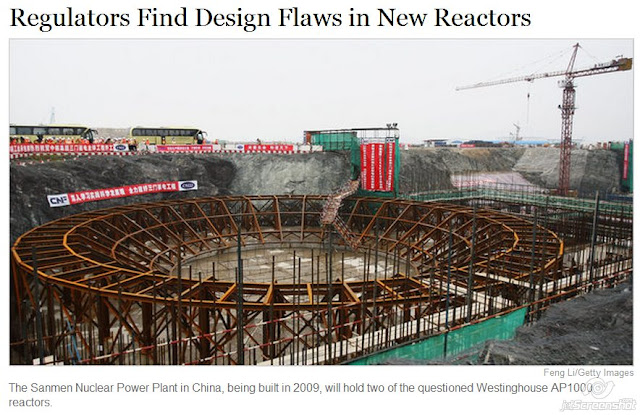 Washington Post: In a setback for the only model of nuclear reactor for which ground has been broken in the United States, government regulators have found additional problems with the design of its shield building, a crucial component, the chairman of the Nuclear Regulatory Commission said on Friday … the commission was asking Westinghouse not only to fix its calculations but also to explain why it submitted flawed information in the first place. The announcement comes as the commission and the American nuclear industry are facing increased scrutiny as a result of the calamity that began after an earthquake and tsunami damaged the Fukushima Daiichi nuclear plant in Japan in March, leading to releases of radioactive material.