Am I Hallucinating? Walker’s Republicans Pushing Corporate Industry Energy Discounts, with any Losses made up by small business and Consumers! Their serious!! 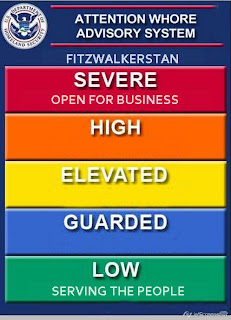 Is this some kind of joke?  Can Republicans really make the case that Wisconsinites should pay more out of pocket so corporate giants can get a discount?  Who in god’s name thought this was a good idea?

Postcrescent: Under a bill introduced Friday, electric providers could give up to five years of discounted rates to industrial customers that start up or increase consumption in the state. But rates would go up for other customers to replace the initial loss in revenue.

The discount also would apply to businesses that prove they can no longer afford to operate in the state.

Come on Republican voters everywhere, even you can’t be this much of a corporate whore.
But why be concerned, there is a logical reason why this “hand out” makes sense (to Republicans):

The advantage of having the business in the area outweighs the increased costs for other consumers, said state Rep. John Klenke, R-Green Bay. The bill would prevent future lawsuits (which) gives the commission (PSC) the green light to approve more rate discounts.

That sets a bad precedent, said Charlie Higley, executive director of the Citizens Utility Board ... "It's inherently unfair to force residential and small businesses to pay higher rates and give these large industrial customers a discount," Higley said.

That’s just liberal socialist mumbo jumbo. Rep. Klenke will have none of it;

Klenke said. "The cumulative effect is to convince others that Wisconsin is a place to do business."


It would be easier to just rename the state, “Whoresconsin.”