Thank You Scott Walker for handing Democrats another gift against recalled Republicans, Vouchers. Sen. Mike Ellis and Rob Cowles didn’t see it coming!!! Were they out of the state? 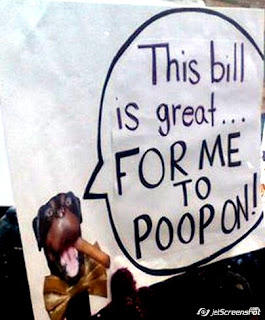 From the story below, you would be wrong to think the Republican Senate might not be interested in passing Walker's radical expansion of the voucher program, with no income limits. It’s just a show folks, and Sen. Mike Ellis, Luther Olsen and Rob Cowles are going to give an award winning performance acting surprised.

Olsen and Cowles are both up for recall, so it’ll be interesting to see them explain to concerned families why they have their reservations, but…all the while their opponents rightfully attack them on the issue.
Again, thank you Scott Walker…

jsonline: The GOP president of the state Senate said Wednesday he was concerned about Gov. Scott Walker’s push to expand a Milwaukee-style school voucher program into Green Bay, Racine and Beloit.

Sen. Mike Ellis (R-Neenah) was one of several Republican senators giving a lukewarm reaction to Walker's proposal … that would eliminate income limits in Milwaukee's school choice program, allowing the children of middle-income and wealthy people to attend private schools with the help of taxpayers.

“We have problems with the elimination of the income threshold because the idea behind this program was to help poverty-stricken students who don’t have the wherewithal to go to private school," Ellis said in a brief interview. “This is a complete blowing up of that concept. Throw this (new proposal) in and I have to do some serious thinking about the rest of this.”

“I’m amazed at this. I didn’t see this coming,” Ellis said.

Sen. Rob Cowles (R-Green Bay) said he was surprised by the proposal, didn't know much about it.

Both Olsen and Cowles are targets of recall efforts by union backers angered by Walker's legislation to ban most collective bargaining by public employee unions in the state.