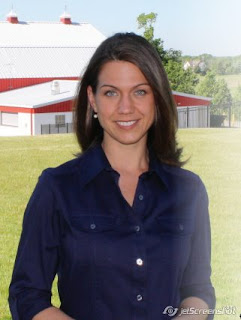 Here’s another one of those “lost in the local papers” town hall stories, that again, should send a shudder through Republican lawmakers thinking the public wants their uncompromising kind of change.

Rep. Michelle Litjens, R-Vinland, said the state’s police and fire fighters were excluded from Walker’s proposal to limit (collective bargaining was) because taking on all of the public employees at once would have been too difficult.

(She) told a group of more than 50 constituents at the Winchester Town Hall that a statement she made to the Winnebago legislative committee that ... those two groups were left out of the proposal “because we didn’t have the stomach for more protestors.”

“The governor had a contingency plan for every public employee if everyone walked off the job except for the police and fire, so they were left off… It made perfect sense,” she said.

I guess state Republicans weren’t too confident the public, the ones who supposedly voted for Walker’s extremist changes, wouldn't be very "pleased" with their actions. But unhappiness was clearly reflected in the questions:

Litjens called the Town Hall meeting to discuss the state’s budget, but the people in the packed room veered off the topic often to ask why the state thinks it should tell municipalities how to conduct business, and why the biggest businesses receive tax breaks when smaller ones do not. They also asked about school vouchers, revenue sharing, jobs, gun laws and numerous other subjects.

“Pots” of money left over from the last budget!!!?

When questioned by Janet Church of Oshkosh about the claim that the state is broke while Walker continues to find money to pay for “pet projects,” Litjens admitted the state did have “pots” of money left over from the last budget.

She really said that? Amazing but true. But the crowd couldn't help but focus on education.

Emotions were highest through the two-hour session, however, during questions and comments regarding educational issues and collective bargaining.  Several teachers in the audience asked why the state budget should be balanced on their backs. Pam Albrecht of Larsen asked about a plan unveiled by Education Secretary Tony Evers.

“(He) has a plan to pay for education and your boss won’t even look at it,” Albrecht said. “That’s not negotiation or compromise.”

Litjens she does not know the details of Evers’ plan and probably won’t consider it.

Litjens didn’t read it, so therefore, wouldn't consider it? And like all Republicans, Litjens is scared:

Litjens said protestors continue to disturb the peace in the capital and she continues to be fearful for her safety.

"People are in your face, screaming at you and calling us 'walking zombies,' We need to calm everybody down," Litrjens said.

Maybe Litjens and her fellow Republican zombies should try listening and compromise. Yeah, right!
From the comments section, these great responses:

Pots of money left over? Pots of $250 million to send to out-of-state financial management companies with very little payback expected? Pots of hundreds of millions to give to insurance companies as tax breaks? But no pots of money to reduce cuts to schools? Hello? What is happening to our common sense?

I like this "pots of money left over" thing. So what she is saying is, that it is okay if I don't pay my mortgage this month because I can't afford it, but I can still afford to go to the tavern and let it rip on Friday and Saturday. I am I really broke? I won't tell. But, I'm buying, who's in?

When an audience member tells her of Mr. Evers plan regarding education and that Mr. Walker won’t even look at it Michelle states the following " she does not know the details of Evers’ plan and probably won’t consider it." Ummmm hello if you don't know the details of a plan why would not read it over before you say you won't consider it? Oh wait that’s right because she is the zombie people are calling her because she apparently has no mind of her own. That comment on its own truly tells us she will vote the walker way or no way. Thanks for really listening Michelle.