Retailers Hiring more employees to work 2 to 3 days a week, not nearly enough to live on. 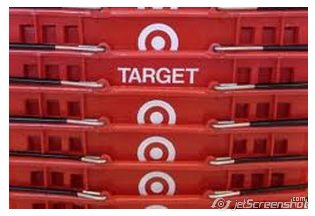 There's a new business model in town, changing the way retail workers get benefits and a livable wage,  and it ain't good. As the U.S. moves to a service sector economy, employers are changing the rules of the game, and they're saving benefit expenses with 2 to 3 day work weeks:

NY Times: United Food and Commercial Workers is trying to organize 5,000 workers at 27 Target stores in the New York City area. The store’s employees complained that many of them earned too little to support a family or afford health insurance, forcing some to rely on food stamps and Medicaid for their children.

This is the new post Big Recession business model, one that assigns fewer hours of work, just one or two days a week.

Retailers are increasingly assigning such short workweeks as they seek to build an extensive roster of workers … that means they are offered too few hours to qualify for the company’s health plan.

So as we hear about an ever expanding jobs market, the real story is more dire, because the new employer model simply has more employees working fewer hours requiring fewer benefits. Two examples:

Ms. Williams, who receives $200 a month in food stamps to help her and her 18-year-old son, complained that she was often assigned just three days of work each week, down from full time when she started nearly nine years ago.

Ms. Green, the mother of a 5-year-old, said she would like to work four or five days a week, but is often assigned two days and then earns just $120 for the week. Ms. Green said it was maddening that although many employees were desperate to work more hours, managers ask them whether they have any friends who are looking for jobs. Several workers said they were perplexed that the store hired 13 new workers in recent weeks.

It’s innovative stuff on the business side, but not so good for American labor.
The new economy is shifting toward fewer full-time workers, lower paid seasonal help during demand upticks, and now 2 or 3 day work weeks that bypass benefit requirements.
Posted by John Peterson, Democurmudgeon at 5/24/2011 10:07:00 AM