WashingtonPost: Let me begin by saying that though I’m eager to do an interview where we can really engage with one another’s arguments, I appreciate Paul Ryan response to my questions and hope we can continue the dialogue. In this post, I’m going to focus on his two most important arguments:


”Our premium-support plan is modeled after the Medicare Part D prescription-drug program,” Ryan writes, “in which providers compete against each other for seniors’ business.” 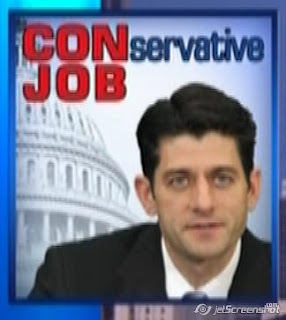 Let’s start with the costs. Since 2006 — the first year of the benefit — Medicare Part D’s average premium has risen by 57 percent (pdf). Between 2010 and 2011, premiums rose by 10 percent.  But it’s a lot faster than inflation, which is what Ryan needs for his plan to work. As the actuaries write, “The reduced estimates reflect a higher market penetration of generic drugs and a decline in the number of new drug products that are expected to reach the market during this period.” Another reason that the program’s costs came in lower than expected is that fewer people signed up.
But the bigger issue is that Ryan’s plan is capped while Medicare Part D isn’t. In Part D, the federal government pays, on average, 74 percent of program’s costs. And that support grows alongside the program’s costs. Ryan’s plan covers about a third of beneficiary costs, and that support grows at the rate of inflation — much more slowly than the rest of the program, or than Medicare Part D.
Which brings us to the rest of the world. I asked Ryan how he could say that government control never works in health care when Germany, the Netherlands, France and other countries pay so much less, and get as much or more, than we do. Ryan’s reply:

This is basically a dodge. First, he changed the countries: He moved to Canada and the United Kingdom rather than the examples I mentioned. Ryan’s wrong to draw an equivalence between our costs and theirs. In 2008, Canada spent about $4,000 per person, per year, on health care. The United Kingdom spent a bit more than $3,000. We spent about $7,400 … suggesting that we’re all facing the same sort of pressure is flatly wrong. When attacking the systems in other countries, he cherrypicks numbers to demonstrate they want to save money in the health-care systems but ignores the numbers showing that they spend half as much as we do. The result is that he gives people the wrong impression of both Medicare Part D and health systems across the world.
And saying this is all about “who should make the decision” is too simple by half, or perhaps by three-fourths. Under Ryan’s plan, the relevant decisions are made by whether you have the money to pay for what you need, whether your insurance provider says “yes” or “no,” and whether Congress decides to increase or decrease the size of the subsidies.
As he says elsewhere in his response, his plan is all about making Medicare less generous, about finishing off the open-ended, fee-for-service model he believes is driving costs. The reality is that if Ryan’s plan held growth to the same rate as Medicare Part D, it would implode, while if it closed 50 percent of the gap between our system and the Canadian system, it’d be a wild, unmitigated, unbelievable success.
But that just underscores how important it is for us to be realistic about what we can do, clear-eyed about what has and hasn’t worked elsewhere, and open to ideas that don’t fit with our philosophical preferences.
Posted by John Peterson, Democurmudgeon at 5/29/2011 11:32:00 AM