Chicken Hawk Republicans shifting ISIS blame to Obama, away from Bush’s Iraq mistake! What we need is another War!!!

Ever notice how nothing Republicans do is ever considered a mistake? So the ethnic cleansing and ISIS takeover of Iraq is due to a void left by Obama? Not Bush? jsonline: 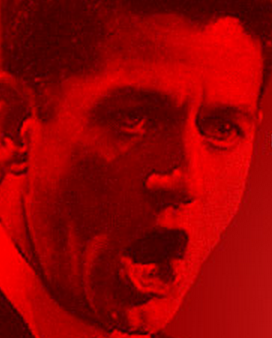 Rep. Paul Ryan said that the rise of ISIS stems from poor decisions made by the Obama administration in Syria and Iraq, and that the group was now filling "a vacuum" in the area.

Nice try but wrong president. The war drum party of GOP chicken hawks continues to shift the blame they so rightly deserve, while pushing for a return to those same disastrous interventionist policies that got us to this point in the first place. And that paranoid fear center in their brains has them running for cover over the news of another beheading.

Rep. Paul Ryan (at) a luncheon meeting of the Milwaukee Press Club and the Rotary Club of Milwaukee had just been notified of a news report of the execution of Steven J. Sotloff ... Ryan said the United States needs to conduct a campaign to defeat the Islamic State, the jihadist group that purportedly beheaded a second U.S. journalist Tuesday. "On behalf of civilization, on behalf of our freedom, we have to deal with this threat comprehensively and thoroughly now. It is a terrorist organization unlike any we've seen before," Ryan said. "They're like al-Qaida 3.0."

The Blustery War Mongers Return: Have we forgotten how comical it was the way the Bush administration always backed away from their empty war threats? Apparently so. Wisconsin Republicans are now ready to jump right back in with our military. It wasn't just Ryan that wanted to sacrifice more of our kids in interventionist Middle Eastern wars: 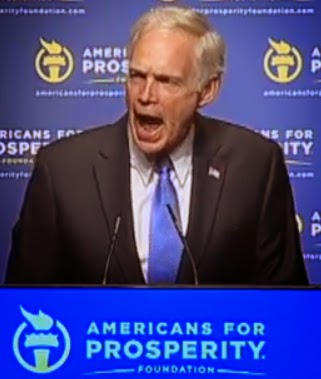 Post Crescent: Sen. Ron Johnson says the Islamic State extremists reported to have beheaded a second American journalist are evil barbarians who must be defeated. Johnson says Tuesday's video highlights the need for the U.S. to intervene in the Middle East to stamp out the terrorist group.

All blustery empty threats to appear tough and take down Obama.

Is there anything these sick frightened Republican chicken hawks won’t try to exploit?
Posted by John Peterson, Democurmudgeon at 9/03/2014 09:36:00 AM