We kind of thought this would happen.

Scott Walker's recall blacklist has now morphed into a citizen police state of brownshirt "stand with Walker" thugs. Walker's liberal use of the black list, targeting individuals for punishment, set an example for his loyal followers.

And they're armed and quite seriously dangerous. We need to bring photo IDs AND guns to the polls in November or we can't vote? So many new rules!  Even Rush Limbaugh chimed in to promote their new "Poll Watcher Militia." And oh yea, the word salad talk queen herself, Vicki McKenna, jumped on the bandwagon as well. Radio station owners are okay with this?

I always kind of knew this was a possibility, because after all, Republicans have not only vilified Democrats but have said over and over they don't believe liberals have a place in government or in our legal system. That leaves us with a one party system, and we've seen through history what that leads to. Cap Times' Steve Elbow: 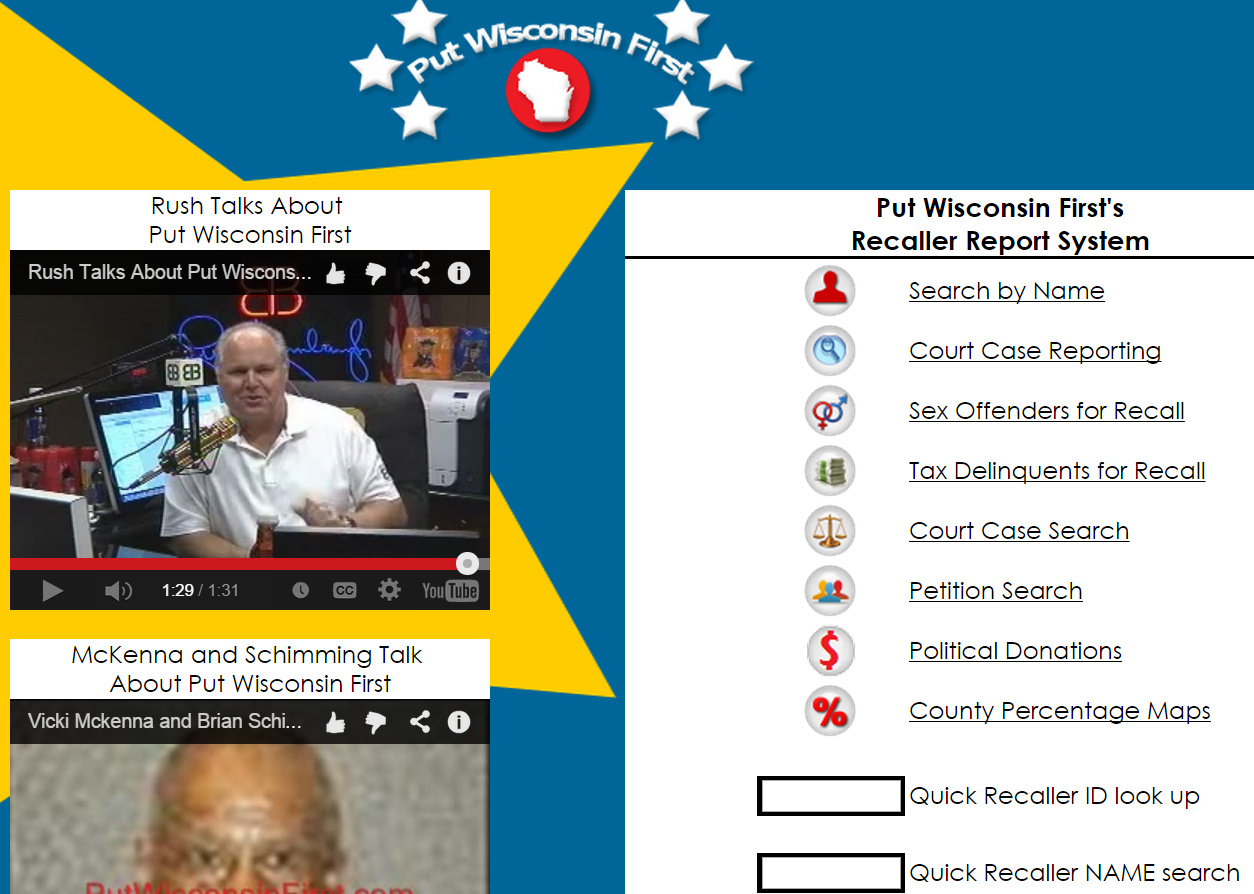 A self-described militia group claims to be checking names on the 2012 Scott Walker recall petition and plans to confront those found to have outstanding warrants or tax defaults at the polls on Nov. 4.

"We prefer our people be armed," reads a Facebook post by Wisconsin Poll Watcher Militia, screen captured on a blog at Politicususa.com. "Some will be heading to some of Milwaukee, Racine, and Beloit's worst areas. We will be armed with a list of people to look for at each location."

To compile the list of names, the group is using the website Put Wisconsin First, which has divided petition signers into categories. For instance, the "Tax Delinquents for Recall" category lists 571 petition signers who are in tax arrears. One category lists 444 sex offenders and another lists Democratic political donors. Another page on the site allows users to search petition signers by offense, everything from homicide to speeding.

And I love this… 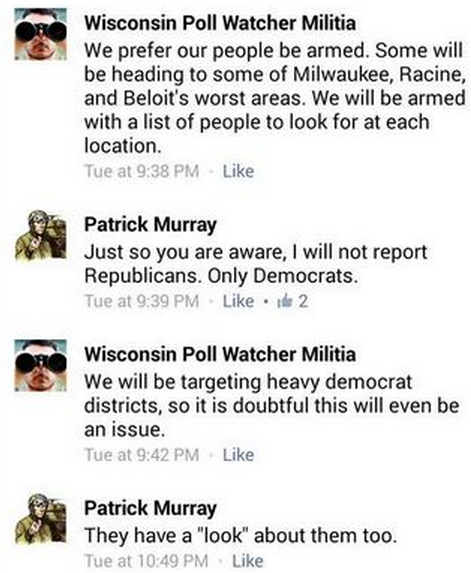 A Wisconsin Poll Watcher Militia response on Facebook reads: "We can assure you that
we will be targeting all democrats, not just black ones. If you think we meant blacks only it is because you are a racist who thinks the only people with warrants are black. We know better because we have a nice list of people who are wanted democrat activist types. Most are actually white. We will target everyone." 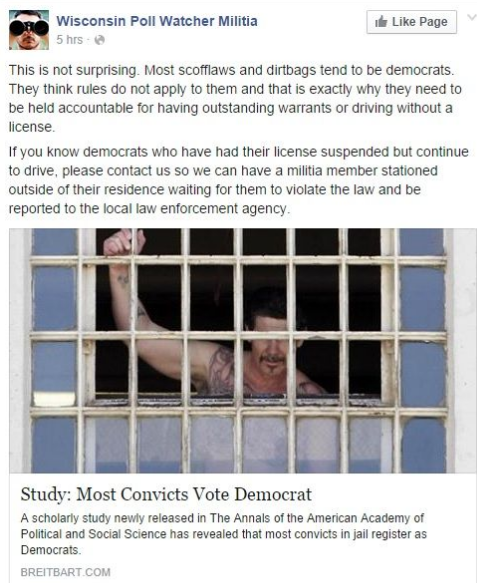 Walker's unapologetic use of the recall blacklist opened the door for the party reactionaries to take it to the next step. Of course, it'll be interesting to see how Walker deals with this right wing authoritarian behavior, and the kind of press he might not like.

This is an attempt to frighten people so they could suppress the vote, plain and simple. There is a legal remedy:

According to the Justice Department, “The administration of elections is chiefly a function of state government. However, federal authorities may become involved where there are possible violations of federal law. In cases where intimidation, coercion, or threats are made or attempts to intimidate, threaten or coerce are made to any person for voting or attempting to vote, the Department of Justice can consider whether there is federal jurisdiction to bring civil claims or criminal charges under federal law. Depending on the nature of the allegations, they may fall into the jurisdiction of different parts of the Department. If you have information about allegations of intimidation, please contact us.” You can contact the Justice Department here, and request that the election be monitored.