Walker and Christie put their states in Top 5 Worst States for Business in 2014!!!

While Scott Walker likes to talk about an opinion poll of happy Wisconsin CEO's getting corporate welfare, big surprise there, outside business groups see us a lot differently. jsonline:

Mary Burke would be smart to pickup on the following report, the Pollina Corporate Top 10 Pro-Business States list, for political but mostly economic reasons. Ironically, these rankings are based on supply side economics, like taxation, corporate welfare and "right to work," so coming in at the bottom may not be a bad thing. A comeback state like Minnesota has done well, while avoiding the pitfalls put in place by Scott Walker.

But the biggest factor for Wisconsin's low ranking under Walker; lousy leadership. In fact, you’d think from the excerpt below that they were talking about Scott Walker's disastrous chairmanship of WEDC and Lt. Governor Rebecca Kleefisch's laughable efforts to attract business: 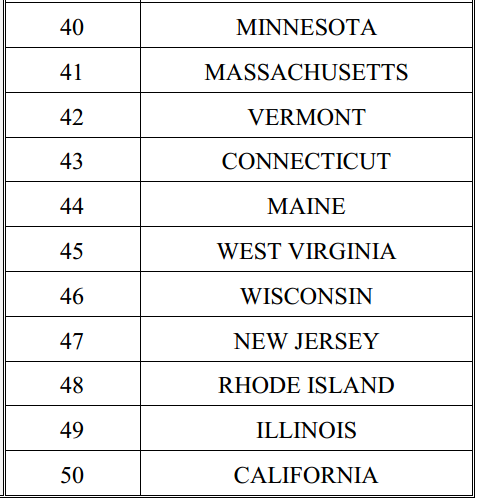 (These are) the factors used to evaluate each state’s economic development department’s professionalism, marketing efforts, and responsiveness to employers are identified. Stage II factors are under greater control of the governor. When we have a state ranking low in this category, we generally find a governor with a significant lack of concern, business knowledge, or an inability to manage their economic development efforts. Rhetoric alone does not make a governor pro-business and pro-jobs.

Ain't that the truth. The report, the "'Gold Standard' for evaluating the pro-business status of each state" specifically goes after state entities like Walker's failed and mismanaged WEDC. As we've seen, Walker has vilified and attacked industries that don't meet his ideological litmus test, and thus squashed diversification:


This is the department in state government that should be responsible, not only for the creation of new jobs, but also for the maintenance of existing jobs. It is this department’s responsibility to strive to diversify a state’s economic base so that it will better weather any particular industry downturn. There are many states that are, for all practical purposes, one-industry states tied to the ups and downs of their dominant industry. Too often we see these states ignoring or paying lip service to efforts to diversify their economies.

Alert to Mary Burke: The following point from this pro-business right-to-work study is a good one:

How would you then describe Walker's efforts? The report offered this quote:


Abraham Lincoln said, “My great concern is not whether you have failed, but whether you are content with your failure.”

Scott Walker is more than content with his "comeback" failure, as stated over and over in his reelection campaign ads. As James Rowen writes (check out his blog, Political Environment):


Whom does Walker blame for this FUBAR, since he never takes any responsibility for his jobs and fiscal failures? Scott Fitzgerald and Robin Vos? Fascinating that Walker and Christie will share a stage next week in Hudson. Turns out they have more in common than maneuvering around prosecutors. Will anyone ask them about the data...?

Behold, from the jaudiced eye of this pro-corporate, anti-labor report, a graphic Walker won't be happy with. Which means he'll dig the hole lot deeper given 4 more years: 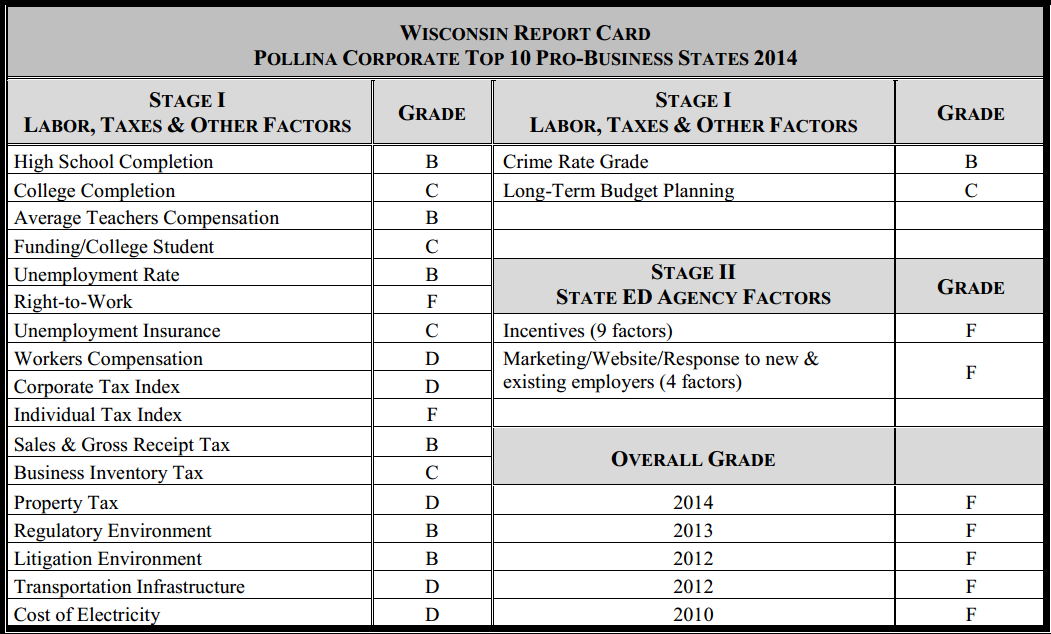