Good grief. Can you believe this irresponsible reporter mistake on Scott Walker's jobs growth ranking disaster, which is now at 33rd in the nation.


jsonline: Wisconsin's pace in the latest 12 months compares with a rate of 2.08% for the nation as a whole. Wisconsin has lagged the nation in the pace of private-sector job creation for most of the past decade, data show.

"Most of...?" Yeah, if you want to discount the efforts of the Doyle administration, who ranked 11th in the nation for job growth. In Doyle's last year, after making some tough uncharacteristic cuts and tax increases, job creation beat the national average.

In fact, the Journal Sentinel twisted itself into a pretzel discounting Doyle's accomplishment in the second identical graph's ridiculous description: 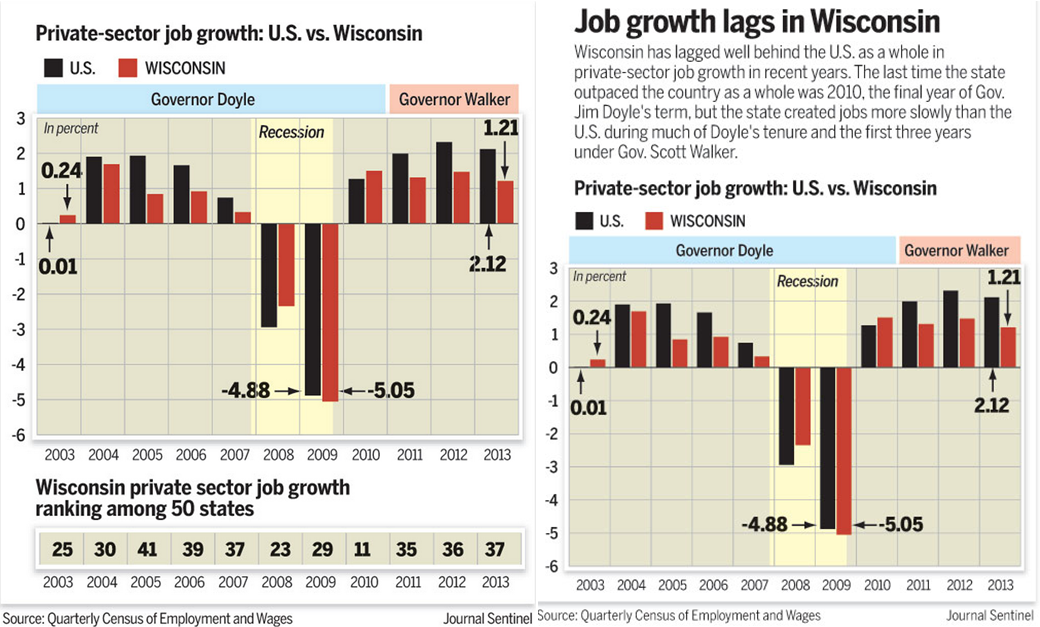 Walker's improved ranking isn't due to anything he's done, it's compliments of a few other states that saw declines in job creation.

The latest jobs report is virtually unchanged from the state's previous quarter. However, other states appear to have slowed in the time between the two most recent quarters. As a result, Wisconsin's new rank of 33 improved from a revised rank of 38 in the previous quarter.