Conservative "Principles" Fail on Green Energy Choices and Freedom to Save Money.

Staunch conservatives are now finding out that their strict belief system is filled with so many embarrassing contradictions that they may have to change something, and as we all know, that’s not going to happen. That would be an admission of failure.

The Walker administration has been clear that alternative energy is not in Wisconsin’s future. The big energy companies know that, and are acting accordingly: 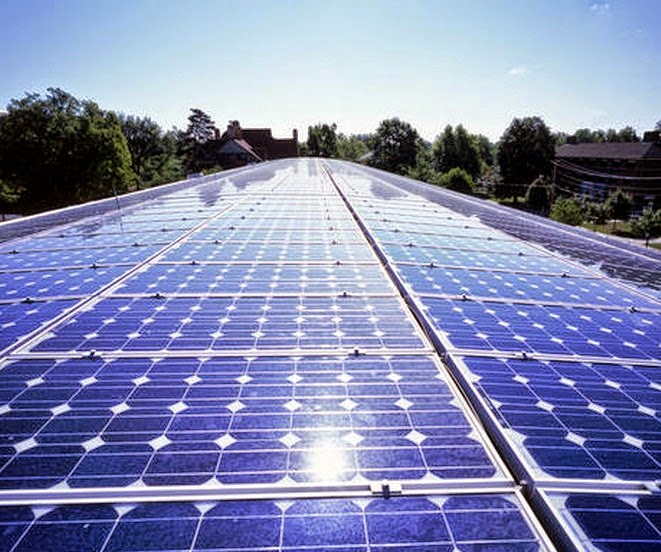 MidwestEnergy: Wisconsin has seen its installation of solar systems drop since 2010, following eight years of modest growth. The key reason behind Wisconsin’s sluggish growth is opposition by its utility sector … Utilities  are pre-positioning themselves to avoid potential future losses from homegrown power, like solar arrays, by seeking fixed rates rather than charging customers for the amount of energy they use. That can discourage conservation, clean energy…

Anti-Green Energy is Anti-Free Market: This is where Matt Neumann, whose father is former U.S. Rep. Mark Neumann, is stepping in to hopefully change big energies plans with "free market" solutions:

(Neumann is) president of the Wisconsin Solar Energy Industries Association and as the co-owner of a solar installation business … Neumann uses conservative touchstones ... For him, it’s a lack of “liberty” that prevents a property owner from choosing how to power his or her home or business. He said this absence of “energy choice” contradicts Republican tenets ... “We’re very conservative here in Wisconsin. The reality is free market capitalism, the choice to choose how you buy your energy, and how you finance that acquisition, the ability to lower your long-term energy costs — those are all very conservative principles and yet for some reason we’re struggling to adapt.”

And let's not forget the grip ALEC has on our "free market" Republicans, as pictured here.

The threat from big energy is real, and could effect change for decades, which is ridiculous. Check out this anti-choice ploy: 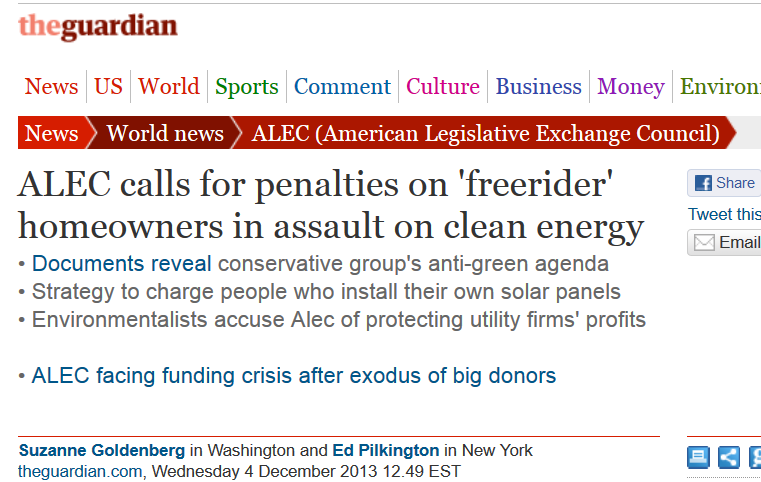 We Energies are also asking regulators to allow it to pay much less for electricity generated by homeowners, who can sell excess power derived from solar panels and other systems to utilities. The company is seeking to decrease the current price of 14 cents per kilowatt-hour to between 3 and 5 cents. Tyler Huebner, executive director of RENEW Wisconsin, said if the buyback rate for excess solar power drops from 14 cents to 4 cents, it would price solar systems out of the marketplace. “That’s the concern.”

You want to know just how powerful big energy is to the Republican Party, and who really controls them? The following says it all: 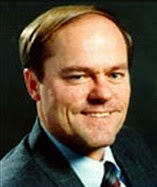 (Neumann) said the “big thing” that Republicans will have to overcome is the utilities’ argument that solar could increase the cost of electricity on those customers who don’t have it. “It’s just plain not true,” Neumann said, noting that solar power cuts cost on utilities and customers by generating power at peak demand periods.

But the utilities seem to have the ear of lawmakers. State Sen. Robert Cowles, a Republican and chairman of the Energy, Consumer Protection and Government Reform Committee, said the idea that solar could shift the cost burden to other people is “pretty compelling.” “I can tell you, the utilities are vehemently against this,” Cowles said of third-party ownership. “I’m not sure how we would get them to ever accept that."

Just to be clear, Cowles is saying the party needs to get permission from big energy to save customers money, give them choices, and reduce pollution. Got it.