Burke should ask Walker to make an Iron Clad Promise to serve a full 4 Years.

Guess who will not commit to his job:

If Walker were to run for president, and set up the possibility of putting Lt. Governor Rebecca Kleefish in as you know what, that would be comparable to the huge misstep by Sen. John McCain when he picked Sarah Palin as the person next in line to the presidency. 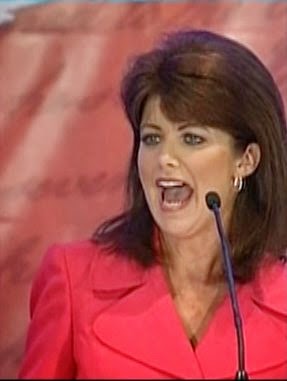 Will Kleefisch supply that missing ingredient, "certainty," for business leaders in Wisconsin?

In the Mary Burke interview below, at about 3:54 in, the ABC reporter actually suggests Burke confront Walker and make him commit to another 4 years. Please?