Tea party like Americans love the simple thought of freedom and liberty. No meaning, no struggle, no history, no lessons to be learned, just that warm fuzzy concept.


Colorado's Jefferson County school board is finding out that the next generation won't be happy with propaganda dressed up as history. This could take your breath away:

Students are upset by a proposal, drafted by board member Julie Williams, that would form a committee to inspect curriculum in those advanced history classes. It would insure teachers covered concepts like patriotism, the free-enterprise economy and respect for authority — and eschewed subjects about civil disorder and social strife. 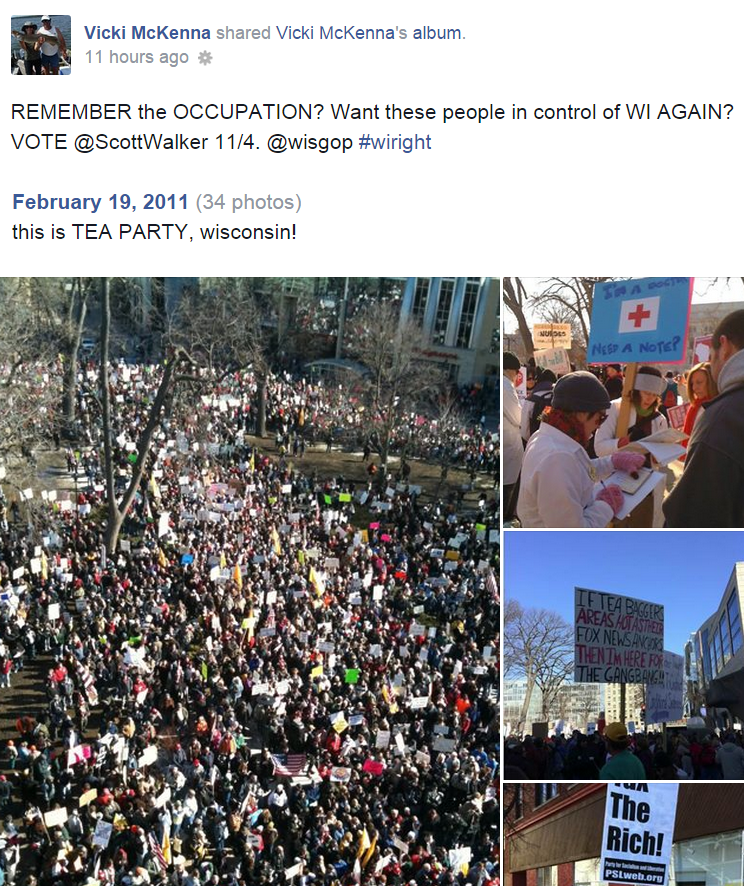 That's a picture of the 2011 winter protests against Gov. Scott Walker's Act 10 attack on collective bargaining, stripping union rights. That big crowd resulted in a recall petition that garnered one million names. That list is now being used as a black list to attack those running for office and unsuspecting voters at the polls.

If anything, even the most conservative individuals should shudder at the use of that list, and where this could eventually lead.

The second example was Fox News' reaction to this story, highlighted in this "Trending" countdown on the Ed Show. This might shock you:


Here's more of the story:

A Chatfield student said Thursday she worries modifying history curriculum would snowball into changes in other classes. “It is very concerning because it doesn’t stop at history. It continues on to changing texts books to not include evolution, teaching students not how to think but what to think and that is what we don’t want to happen here,” student Ashlyn Maher said.

If the story of our country isn't enough to encourage patriotism, than we're in big trouble. But I think the following comment, oddly not featured in the story below, tells you all you need to know about the conservative agenda and their disrespect for dissension. Wouldn't you know it, it's some kind of teacher plot:


Ken Witt, the president of the school board, said he thinks students are being used as pawns by teachers, who are unhappy with the history proposal as well as a new pay plan.

Here's what one teacher thought:


“A democracy is messy. It’s messy, it’s a struggle. It requires your participation,” said Stephanie Rossi, a history teacher at Wheat Ridge High School and the vice president of the Jefferson County Education Association. “It requires your voice. I didn’t want anybody’s voice to be chilled because we’re afraid to talk about certain people in history who have in fact made our democracy a greater democracy.”