Walker Failed on Income Growth too. Last in Income, Last in Jobs. And yet, it's still a close race.

The liberal blogosphere miraculously got something right for once? Like maybe all the time, but that's a whole other issue. Proving us right is PolitiFact Wisconsin, an organization the lefty blogosphere has criticized in the past for reaching a number of wrong conclusions, despite their extensive fact checking that proved just the opposite.

Fact: Scott Walker's Wisconsin is last in personal income growth when compared to 11 other regional states. 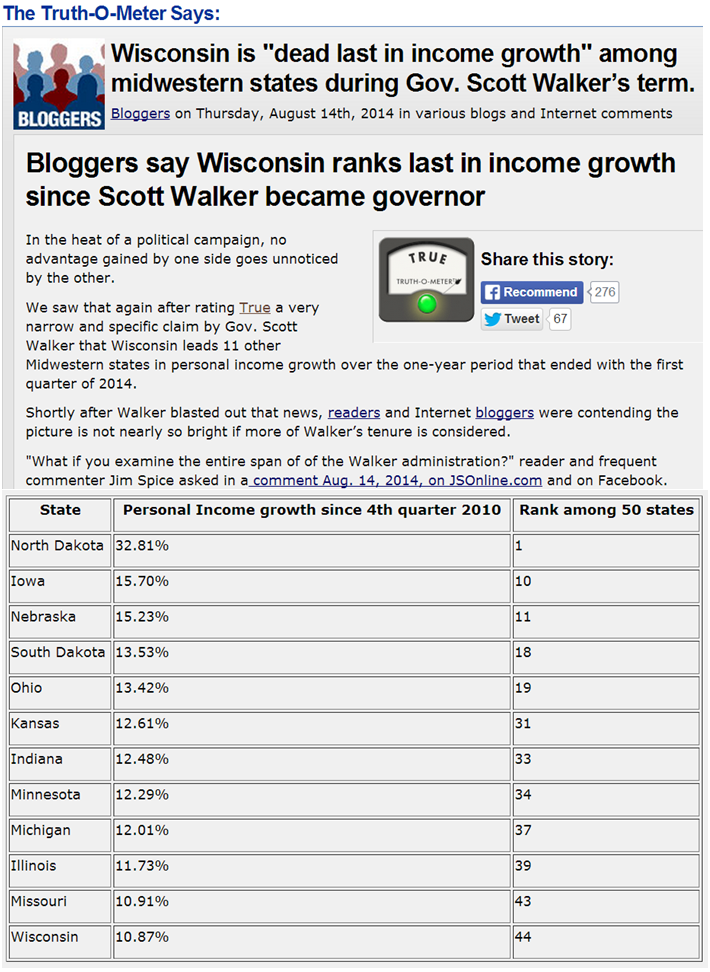 PolitiFact-Our rating: After Walker correctly pointed out that personal income growth is the best in the Midwest for the last year, commentators alleged that Wisconsin is "dead last in income growth" during Gov. Scott Walker’s three-plus years in office.

The quarterly figures do put Wisconsin at the bottom, based on the starting point endorsed by the agency that compiled the information … by the numbers, the blogosphere’s claim is on target. We rate it True.