Despite Democratic efforts to get money out of politics, they're forced to play the game as Republican special interests plow ahead reaching new levels of funding. 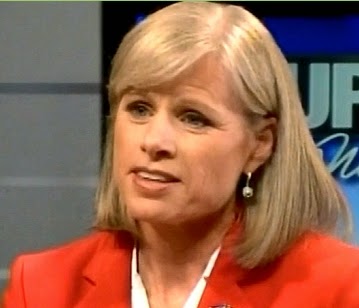 jsonline: A liberal group injected $737,000 in a TV ad campaign Wednesday against Gov. Scott Walker — providing outside help on the airwaves for the first time in Democrat Mary Burke's campaign.

The new ad builds on a theme Burke has hammered on for weeks: how Wisconsin's job creation efforts have lagged behind its neighbors. From there, it goes on to contend Walker has doled out state money to help campaign supporters. "Scott Walker gave Wisconsin job creation money to his cronies, corporate friends who contributed to his campaigns — $570 million of our jobs money to Scott Walker's friends," a narrator says.


Funny how the slow to notice "incidental governor" dropped everything to respond to the ad:

Walker hastily called a news conference to respond, citing jobs data he'd previously dismissed as less-than-reliable to argue the state's economy is rebounding. In arguing that Wisconsin's economy is rebounding, Walker said, "Wisconsin now ranks third in the Midwest for actual private sector job creation. That's just this week announced as data came out from the Current Employment Statistics by the U.S. Bureau of Labor Statistics."

Relying on those statistics is a reversal for Walker. Those monthly figures are based on a survey of a sample and can fluctuate significantly; Walker's office has dubbed quarterly figures based on an actual count of jobs as the "gold standard." For two years, Walker has argued against using the monthly Current Employment Statistics.

Mary Burke seized on that shift in a statement she issued after Walker's news conference. "This is what career politicians do — cherry pick numbers as they see fit, even if they directly contradict past commitments to use the numbers they've called 'the gold standard,'" her statement said.

Labels: Mary Burke for Governor
Email ThisBlogThis!Share to TwitterShare to FacebookShare to Pinterest