Did I read that right? Did Rep. Robin Vos just admit Republicans have been making it harder to vote by instituting difficult and costly hoops to jump through to get a voter ID? He did.

Court challengers to voter ID would be wise to include the following in their arguments. First, the conservative activist Courts actual “legislation from the bench:”

WSJ-Mary Spicuzza: The Wisconsin Supreme Court’s decision ... also changed a provision of existing state policy to make it easier for people to obtain photo IDs without having to pay any government fees. The court essentially said the state cannot require people trying to get state-issued identification cards for voting to provide government documents that cost money to obtain, such as birth certificates. But in trying to make the law constitutional, the court left it up to the “discretion” of the Division of Motor Vehicles to implement the plan.

As I've posted before, and summed up here by Democratic Assembly Minority Leader Peter Barca:

“Republicans always complain about activist judges legislating from the bench, except in cases such as these when right-wing judges are doing it.”

Not only that, but the DMV also tried to withhold passing out free voter ID’s by not offering any help to one. 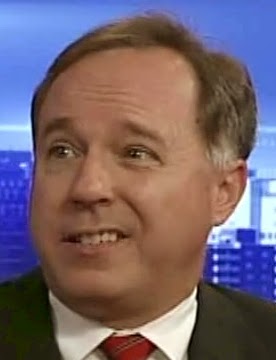 Voter Suppression-Keeping the Costly Complicated Process: Thanks to Speaker Robin Vos, we’re finding out that getting voter ID was always meant to be complicated and costly. Seriously, this was Vos’ first big reaction:

“We don’t want to make the process so slipshod that fraud is allowed, which is the very reason we passed the law,” said Vos … he feared the court’s change could open up the potential for more fraud, such as identity theft, by making it easier to obtain a state ID.

"More fraud," where there already isn't any? Vos never wanted to make it too easy to get an ID.


Vos is now waiting to get a little legal help from AG J.B. Van Hollen, a not-so secret foot soldier of the Walker Authority, for a workaround the courts decision.
Posted by John Peterson, Democurmudgeon at 8/02/2014 02:25:00 PM