I had to dig this page 5 story up, printed in the Wisconsin State Journal and not featured online, at Green Bay’s Fox 11 site. Talk about buried.

“Conservative activist” would be a mild way to describe this court, after overturning an appeals court decision that said the search of a man’s computer was illegal without a warrant.

Dismantling the Constitution by a Thousand Cuts: The court loosened up the requirement to get a warrant, by simply allowing a person’s suspicions to be enough to conduct a search. Case closed.
Here’s the jaw dropping short summary:

AP: The search of a man’s computer without a warrant that turned up child pornography was not a violation of his constitutional protection against illegal searches and seizures, the Wisconsin Supreme Court ruled Friday. The court reinstated four convictions ... against Jeremiah Purtell, overturning a state appeals court that had determined the search was illegal. Purtell was on probation … complained to his probation officer about not being allowed to have computers, and admitted to her that he maintained a Myspace account. The probation officer looked at his account and saw images of a half-woman, half-cow that concerned her. She seized his computer in 2007 and found images of bestiality. She then turned the computer over to investigators who obtained a warrant to do a more thorough search, which turned up large volumes of child pornography. Purtell was sentenced to 12 years in prison.

But the Supreme Court, in a 5-2 decision, disagreed. A probation agent’s search of a computer is allowed if the agent has “reasonable grounds” to believe there may be contraband, which she did in this case, Justice Michael Gableman wrote for the majority.

Chief Justice Shirley Abrahamson and Justice Ann Walsh Bradley dissented, saying the search of his computer without a warrant violated his privacy rights under the U.S. Constitution.

Our "Impartial Partisan" AG: Supposedly always there to defend the constitution, J.B. Van Hollen instead went with his “principles” on this one: 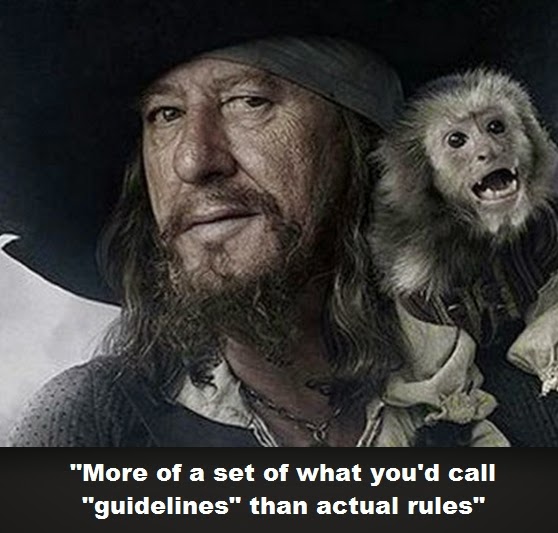 State Department of Justice spokeswoman Dana Brueck said DOJ was pleased with the decision, which “reinforced principles of law that will allow state probation and parole agents to effectively supervise offenders in the community.”

So what about the rule of law, our Constitution...reminds me of Capt. Barbossa's response in Pirates of the Caribbean. The Constitution is just like the Pirates Code...


Fair Trial? Not when it supposedly involves Sex: It’s the return of kangaroo court justice:

The court in a 4-3 decision reinstated a conviction against James R. Hunt for causing his adopted 12-year-old daughter to view on his cellphone a video of a couple having sex. The court determined that Hunt, 43, received a fair trial, even though testimony from a friend backing up his defense was wrongly excluded. The Supreme Court reversed an appeals court ruling, which overturned his conviction, and ordered a new trial.

Even violent conservative Justice Prosser didn't agree with this one.

Three justices – Abrahamson, Bradley and David Prosser – dissented, saying exclusion of the testimony was not harmless because it bolstered Hunt’s defense that the girl had seen a different image of a testicular hernia sent to him by his friend and embellished her story.

The DOJ was pleased with the ruling.