Republicans have a problem; they can't stop using the same old talking points. For example:


1. The free market experiment on Wall Street failed, giving us the Great Recession, but conservatives still talking about deregulation and turning everything over to the free market.

2. In Wisconsin teachers and their unions no longer have say in our schools, and yet they're still blamed for everything. 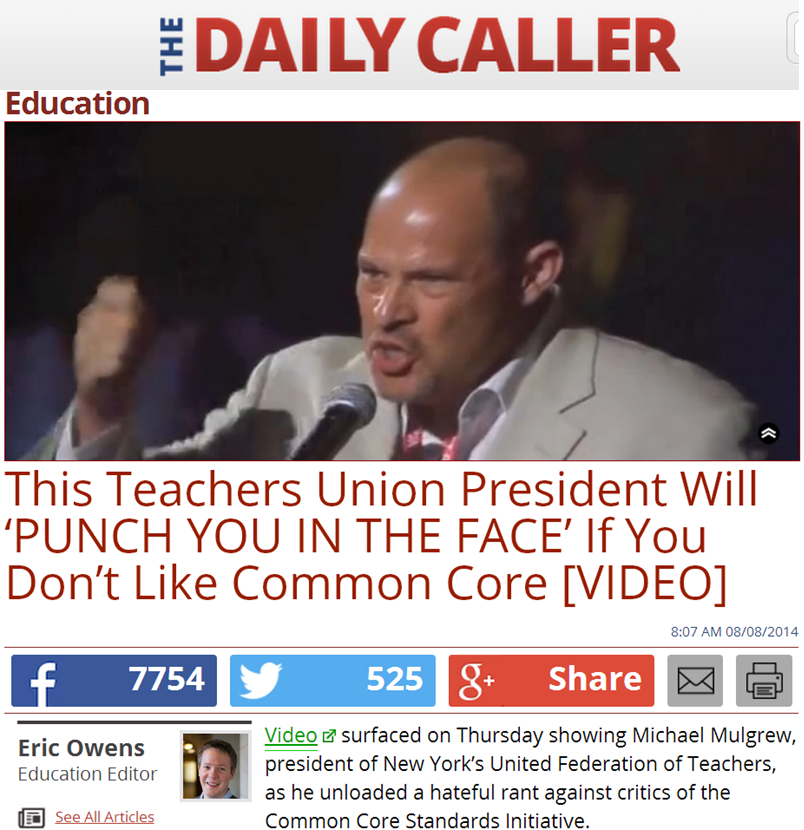 Which leads me into the following passionate speech by Michael Mulgrew, president of New York’s United Federation of Teachers. He supports Common Core but wants teachers and schools to implement the standards and devise the tests. Hardly news. And being a New Yorker, he was quite blunt about it.

Blunt-just like New Jersey Gov. Christ Christie, when he's attacking teachers and their unions. Yet the right wing media rag The Daily Caller is outraged at the union presidents language. They never complained about a similar comment by Christie. In fact, they want to elect him president for his threats. See the picture.

First Mulgrew's comment. It made a whole lot of sense, and by the way, didn't have anything to do with getting people to "like" Common Core, as the misleading title suggests:

Check out the nasty personal attacks by Chris Christie, and his comment on "fighting" the school yard union bully's. "You punch me, I punch you." What, no outrage Daily Caller?