Walker Authority turning on Farmers & Rural Voters now!!! They have been all along.

I don’t think farmers ever knew it was their party holding up high speed internet access. They should also ask State Sen. Frank Lasee why he wants to give anyone living near a leased wind turbine the ability to sue farmers into bankruptcy with frivolous lawsuits. Now the Walker Authority is coming for their land. 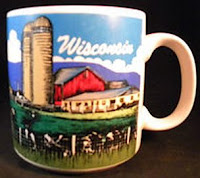 spring will include opposition to Gov. Scott Walker’s plan to eliminate limits on foreign land ownership. No foreign person, company or government can buy more than 640 acres of land in Wisconsin. A provision eliminating that cap is included in Walker’s budget proposal, which the Legislature is reviewing.

“Under this proposal, any foreign individual, corporation or government can come in and buy up as much land as they want. This will drive up land prices so high that Wisconsinites won’t be able to buy the neighbor’s farm that comes up for sale or the neighboring 40 acres at a decent price that they can afford,” Wisconsin Farmers Union President Darin Von Ruden told the Fond du Lac Reporter.

“What’s that going to do to the Wisconsin landscape and our ability to produce food for our people?” he added.

How quaint, "food for the people." Sounds like socialism to me. Catching up slowly, farmers are also starting to wake-up to who’s been blocking their ability to expand their business online:

What, they can’t wait for the free market to eventually provide service like the Republican Party insists will happen someday, when it's profitable?

And even more ironic, the rural voter has more political power overall by virtual of land size and the number of district’s, and Republicans are using their legislative majorities to now block out farmers.

Don’t even get me started on affordable health care for farmers or the delayed farm bill. I still don't get why farmers would keep voting Republican. On every issue above, Democrats have supported them
Posted by John Peterson, Democurmudgeon at 4/05/2013 02:09:00 PM