Republicans go "Postal" on health benefits for Local Governments. Hey, if it can destroy the Post Office, why not local governments and their employees?

If it worked against the Post Service, it might just do the same to public workers here. Are emergency managers far behind?

Republicans want to dismantle local governments and schools through advanced payments into retirement health care coverage for employees. The strain of such payments will force big cut backs of local communities or the elimination of public schools once and for all. 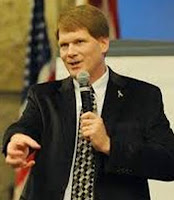 WSJ: Republicans who control the state Legislature want local governments and schools to start socking away millions of dollars for employees’ post-retirement health benefits soon after they are hired. But local leaders say their existing “pay-as-you-go” method of budgeting enough each year to cover that year’s costs works just fine, and the proposed new requirements would add crushing costs for decades to come. While Republicans insisted a law is needed to protect workers…

Democrats and local officials said the cost of the GOP proposal would lead to cuts in services while actually forcing the end of such benefits for at least some workers.

The Straw Man Cometh: Solving a problem…where there isn't any. Rep. Jeremy Thiesfeldt, R-Fond du Lac, who authored the bill has come up with the biggest line of bullshit yet.

Oh boy. This “postal ploy” doesn't seem to be going over well, which is just fine with me.

Standing legislative committees passed the bills on party-line votes Wednesday over objections from the League of Wisconsin Municipalities. “No communities have failed to pay the benefits they promised because of a lack of money,” said Curt Witynski, the league’s assistant director. “The bill is trying to solve a problem that doesn’t exist. Pay-as-you-go has been working.” However, the proposed new law could escalate costs enough to force benefit rollbacks for some workers, he said.

Who Cares What it Costs (remember WEDC?). As usual, our bumbling stewards of taxpayer money don't even care how much it costs, because it's a good conservative idea, and because a silly Democrat wanted a cost estimate. That's so funny:

Thiesfeldt acknowledged that nobody knows how much the bill would cost statewide. Republicans rejected a proposal by Sen. Julie Lassa, D-Stevens Point, for actuarial cost estimates in a few cities. “I believe the goal of this proposed law is to make it so expensive to offer these kinds of retirement benefits that it just won’t be done anymore,” Lassa said.