UW Bashing Republicans Level Outrageous Insults! Did you ever hear of Projection Guys?

Where's the media responsibility to remain fair and impartial? Maybe even do a little research? Have you seen the headlines touting the fake or partisan Republican anger over the size of the UW raining day fund?

In a stunning turn about from their own passage and mismanagement of WEDC, Republicans, who've never run a business or wrote a bill without the help of a lobbyist, are outraged over UW surpluses that resulted rising tuition rates. Hey guys, Republicans in congress want to do away with the low government backed student rates and replace it with "market" driven ones that are about twice as much. Talk about a quick way to strap students with burdensome debt. Here's Channel3000's coverage showing these anti-learning ideologues in action:

Has the media forgotten; Republicans not only have tried to break up the UW and defund it, but they've also backed an effort to import more students from out-of-state due to much higher tuition rates. This phony outrage about disadvantaging instate students with higher tuition is nonsense.

It's all about taking the UW down: 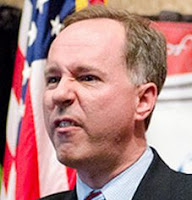 jsonline: Lawmakers may revoke additional authority they promised the University of Wisconsin System over pay and personnel two years ago … "There is so much money lying around I feel very uncomfortable moving forward today giving you more authority" over the personnel system, Assembly Speaker Robin Vos (said) … lawmakers are considering freezing tuition and blocking a $181 million increase in state aid to the system recommended by Walker. Lawmakers berated Reilly for nearly two hours … "I feel like I have been played over the last few months," said. Rep. John Nygren.

Senate Minority Leader Chris Larson said they thought lawmakers needed to bring the same level of scrutiny to other arms of the state, such as the Wisconsin Economic Development Corp.

The whiniest asshole in the legislature, Rep. Robin Vos decided to trot out all the empty criticisms of the past, including his utter hatred for Obama. And budget surpluses…outrageous:

"…this is one prime example where I was totally mistaken about believing UW . . . could control its own fiscal affairs," he said … citing its development of the WiscNet broadband system, a recent report that it had made $33 million in benefit overpayments to employees, a payroll system that had to be scrapped and the decision to cancel classes when President Barack Obama visited campus during his re-election bid last year. "Continually time after time after time you have embarrassed Wisconsin," Vos said.

Anybody feel embarrassed about canceled classes at the UW for security purposes when Obama visited? Or how about the failed payroll system from a private vender, heck, that never happens in the real world? Or the UW’s “unfair” competition with private internet providers that offers broadband at really low rates saving taxpayers money? Embarrassed, really?

The UW is an honest victim of “uncertainty,” when it comes to the massive funding cuts by Republicans:

Reilly said the system had built up reserves because officials know how volatile their funding can be … the percentage in those accounts was in line with or below what similar university systems have across the country.

Here's a more adult approach to the "controversy," contained in this student press release from the UW Stout:


The Stout Student Association President-elect Juliana Lucchesi addressed the freeze in relation to student savings and instructor pay: “A tuition freeze is not a good option for students in the long run and has not shown to save students money over a period of four years. Tuition freezes can also result in loss of faculty and academic staff who are already paid 18 to 20 percent lower than the national average.”