Solve Gun Violence; Do Away with People!!!

I'll be darned, the NRA was right after all. More guns just may be the solution, because they kill more people. And people, not guns, are the problem.

This revelation came to me after I read the following: 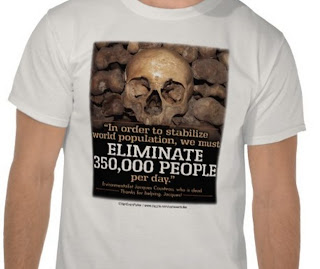 Leader Telegram: The Eau Claire County Board passed a resolution 17-10 in support of background checks for gun buyers, bans on military style weapons, tough penalties on gun traffickers who arm criminals, increasing access to mental health services and "making schools safer." "Background checks - agree or disagree, but have the debate. Have the vote."

Those opposing the amendment said the resolution put too much emphasis on gun control while the central problem was violence.

Guns aren't violent, they're inanimate objects. People are violent. Evil, sick, careless people. So do away with people. Give them more guns.

NOTE: The hypocrisy of the right is almost breathless. They've been complaining about the way Democrats have supposedly exploited the Sandy Hook tragedy, using Sandy Hook families as human shields for strictly political purposes?

They would never think to exploit a tragedy...


Those opposing the amendment resolution ... mentioned Monday's bombing at the Boston Marathon, which did not involve guns.

"I think we need to look at things in a broad perspective," said Supervisor Gary Gibson. Gibson said it troubled him that recipes for making bombs could be found on the Internet.