Republicans come to the Rescue over Republican plan to Rob the Poor in Rent-to-Own Scheme.

It’s now become painfully obvious Gov. Scott Walker is a sociopath. His droopy eyed calmness isn't due to a bad case of misplaced confidence, it’s a symptom of a callous disregard for others…preachers son or not.

That never became clearer, if you don’t count the million plus protesters Walker ignored, than his rent-to-own proposal. It’s important to look at his original plan and his original intent when judging Walker’s competence. With this one issue, the air has been cleared:

jsonline: Rent-to-own stores would be able to sell customers high-cost financing plans for televisions, appliances and other goods without disclosing their interest rates … In addition to exempting the industry from state consumer protection laws, the measure would cap how much wronged customers could get if they sued rent-to-own stores. The stores typically sell products under plans that cost buyers two or three times prices they would pay elsewhere.

No one would think that’s a good idea, except Scott Walker. Even misogynist hillbilly Sen. Glenn Grothman knows a bad deal when he sees one: 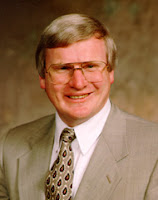 Sen. Glenn Grothman … said at the news conference the rent-to-own plan was harmful to the poor and would amount to "bleeding millions of dollars each year from our most vulnerable citizens. During this economic downturn to further punish the economically illiterate is scandalous," he said in an interview.

It’s comforting to know that the poor, or as Grothman calls them “economically illiterate,” have his support.

Rent-to-own stores could not charge more than twice as much under their rental agreements as what they charge customers to buy products outright, under the budget proposal. Consumer advocates say that offers no protection because the stores set their shelf prices much higher than other retailers. The law change would also limit how much customers could get in damages from stores that violated the law. "What you're paying for is embedded value," Rent-A-Center spokesman Xavier Dominicis said. "This is a transaction that is very unique. It's deserving of its own regulatory framework. . . .

You’ll notice only Republican responses are worthy enough to pursue and quote, since as the myth goes, they’re “fiscally conservative.” These are the same great watch dogs of taxpayer money now borrowing and mismanaging the state's economy due to their “no tax” pledge straight jacket. Their unfiltered criticisms, and not the wishy-washy Democratic statements, are probably more entertaining to print:

"Rent-to-own is a pig," said Senate President Mike Ellis (R-Neenah). "It is legal thievery. . . . They are nothing more than usury. It's like the old Al Capone movie."

"I think that whole industry is preying on poor people, absolutely, and we need not facilitate that," said Sen. Rob Cowles (R-Allouez).

The Wisconsin Public Interest Group found rent-to-own stores there on average charged customers an effective annual interest rate of 221%. The rates ranged from 138% to 370%, its survey found. For instance, area rent-to-own stores charged $936 on average for a 32-inch television set that cost $333 on average elsewhere, the report said.

Labels: Rent to Own, Scott Walker Sociopath
Email ThisBlogThis!Share to TwitterShare to FacebookShare to Pinterest