I heard The Nation's John Nichols on Sly's afternoon radio show on 93.7 FM yesterday extolling a new study that completely destroys Paul Ryan's argument that because of our troublesome debt to GDP ratio, the country could fall at any time. Fear mongering much?

Nichols thought it was a shame this important story came out at a time when so many huge stories were breaking, because this essentially reverses and changes the nations economic equation. After contributing $15 to save The Nation, I purged the guilt I would normally feel posting so much of Nichols article:

Paul Ryan’s numbers are wrong. Really wrong. As in: his most urgent argument on behalf of painful cuts to federal programs and the denial of new funding for job creation, education, healthcare and infrastructure repair is based on a coding error. 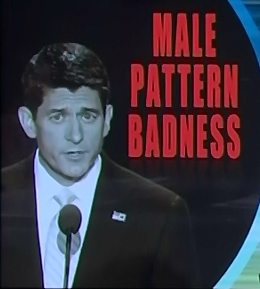 The paper the House Budget Committee chairman has used as the intellectual and statistical underpinning for his austerity agenda has been significantly discredited by the revelation that essential data was excluded from the study, leading "to serious errors that inaccurately represent the relationship between public debt and growth."

The Harvard professors who produced the paper—which Ryan cited as recently as last month—have acknowledged their mathematical error.

Now, the question is whether Ryan and conservative proponents of austerity will acknowledge that they have built their arguments on a false premise. Ryan positioned himself as an economic "Paul Revere," warning that public debt was stalling out the US economy. This notion was always questioned by savvy economists, such as Center for Economic and Policy Research co-director Dean Baker. But Ryan went all in … preaching an economic gospel based on his absolute certainty that when a country’s debt level tops 90 percent of its gross domestic product, it’s economy will decline and crisis will ensue … how the US economy was heading toward a apocalyptic "tipping point." Ryan has argued that any “pain” suffered by working Americans—in the form of restructurings of Social Security, Medicare or Medicaid, post office closures and cuts to state and local aid—was necessary in order to avoid an economic meltdown.

When they included all the data from all the years and all the countries, the average growth rate of nations with a 90 per cent debt load does not decline by 0.1 percent … Rather, the growth rate is a positive 2.2 per cent. Reinhart acknowledged to the CBC News business reporting team that “Herndon, Ash and Pollin have written a useful paper, finding a significant mistake in one of our figures.”

Ryan must either alter course or confirm the darkest assessments from his critics: that he cribs data from academics not with an eye for accuracy but with a determination to advance his austerity agenda at any cost.