Conservatives in Ecstasy over Obamacare job losses at Meriter Health Services. They really are that stupid?

Meriter Health Services is making quite a splash in the conservative blogosphere. 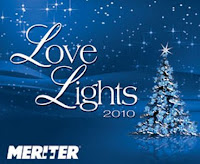 WSJ: About 50 employees at Meriter Health Services are losing their jobs, others will see their hours reduced, and some vacant positions are being eliminated, Meriter announced Tuesday. The cuts are needed because of reductions in Medicare payments beginning in January, Meriter spokeswoman Mary Reinke said.

Big bad Obamacare is killing Medicare, just like the Republicans had warned. Or…could it be changes in the health care business model, or massive monetary losses by Meriter due to their own managerial mistakes?:

"As we develop new models of care delivery our individual roles and responsibilities will change and some positions will no longer be needed or justified," Woodward wrote in his email. Physicians Plus, Meriter Health Service's insurance company, lost $10.5 million last year and $14.7 million this year through September.

The “I told you so’s” are coming fast and furious from right wing low information losers posting comments and stories heralding the horrors of Obamacare, pointing to the Affordable Care Act’s $716 billion cut to Medicare. Of course Paul Ryan cut the same amount, that would have done the same thing, without rolling a lot of the saved money back into senior’s benefits, but that’s never brought up. Odd? Here's a sample of the witty commentary to the story:

-Let me understand the issue at hand. The hospital is laying off 150 employees and gives a straight forward reason for its business decision , and all of the lefties (no business experience, except as employee) claim it is NOT so! One need not wonder why lefties would vote in an incompetent neighborhood organizer to run a multi trillion dollar organization AND control health care. Yes blame it on the "Health Fairy".

-Thank you Obama care. Now his lies are starting to be exposed. It only a matter of time before the bottom falls out.

What’s also never brought up, and probably never discussed on the only news source for conservative voters, talk radio, is the fact that Scott Walker caused the same kind of problem for local health care providers. Yet no one noticed. If they had, they have to shut their pie holes:

The system of managed care, BadgerCare Plus in southeastern Wisconsin, may be crumbling. At issue: At least three of the four organizations managing the BadgerCare Plus program in the region say they are losing money on it. One of the organizations, United HealthCare, is dropping its contract with the state ... Now a second, Molina Healthcare Inc., is warning it may soon have to do the same, for the same reason: It's losing millions of dollars on the program because the state isn't paying it nearly enough to cover the medical claims filed by its BadgerCare Plus patients. The state cut payment rates to the managed care organizations by 11% in 2011 and then again this year as it struggled to balance its budget.

Funny, conservative must have missed this story. I’ll leave you with this wonderful parting shot from…the Onion? 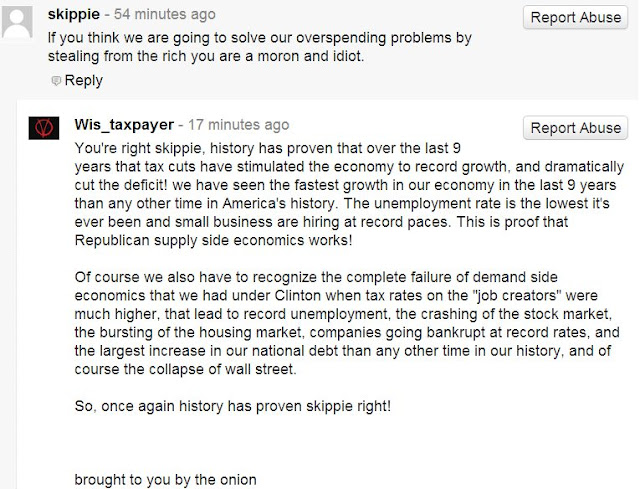