What is Wisconsin like under the Walker Authority’s job creation  plan? Well, after giving away tax cuts, grants, liability relief and more, businesses still aren't happy. In fact, after Walker rammed through business friendly legislation, the end result of our new "Open for Business" climate was less than grateful:

A "heck of a job" goes out to Scott Walker/Jeff and Scott Fitzgerald!!

It’s like Republicans and taxes; they’re never lower enough.  Businesses want to freeload off the state, plain and simple.

After everything Walker did for these whiners, they've done nothing. While a survey conducted by Wisconsin Manufacturers and Commerce showed business was never so optimistic, giving Walker a thumbs up and his biggest campaign talking point, the latest WMC survey ain't so positive:

These “full of themselves” supposed job creators look to the Republicans for help freeloading off citizen taxpayers. Yet 93% of CEO's are gung-ho about the state is going in the right direction? You'd never know it: 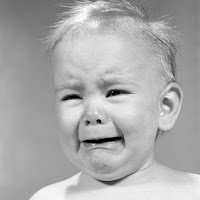 Walker has created a pro-business atmosphere that doesn't encourage growth or jobs:

BUSINESS GROWTH – Only 4 percent said they expect good growth at their companies in the next 6 months, and 37 percent predict moderate growth. Sixteen percent predict decline.

NEW JOBS – Only 24 percent of CEOs say they will be creating jobs in the next six months. That’s down from 62 percent from the WMC survey released in June 2012.

And the “skill shortage?” There’s no skill shortage. Instead, hardworking Americans have decided not to take what are now low wage jobs from employers who aren't willing to train people. Normally, worker shortages create demand, resulting in higher wages…but not anymore:

HIRING TROUBLE – Some 55 percent say they are having trouble hiring, and 67 percent said they cannot find qualified applicants.

And having been a small business myself, where health insurance went up 20 percent every year, I find it hard to believe that a few CEO's (13%) were surprised their premiums went up by that amount. Dropping employee coverage is not a result of Obamacare folks, it's been going on for years, as the current private insurance system spins out of control, gouging businesses:

When is enough, enough? Never, for these greed based business freeloaders:

Kurt R. Bauer, WMC president/CEO said, “We need to continue to cut taxes, curb regulations, and litigation to make our state more pro-business. We need mining reform now to send a signal that we are serious about improving our business climate.