Republicans Convinced Americans their Health, Wages, Benefits and Safety Nets the real Problem in U.S., not the Banks and Wall Street Excess.

I don't even know where to start describing how horrified I am at the point mad in the following story: 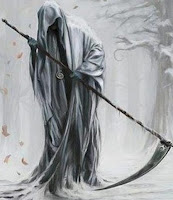 NY Times: The state with the country’s worst health care record just happens to have a governor who has been the loudest voice against national efforts to improve it. A quarter of the residents of Texas, 6.3 million people, are uninsured, by far the highest percentage in the country. (That number includes more than a million children.) Texas ranks last in prenatal care and finished last on a new federal assessment of overall health quality that examined factors like disease prevention, deaths from illnesses, and cancer treatment.

That’s a nasty statistic if we’re supposed to be the greatest and wealthiest country in the world. But let's face it, there are these little things like humanity and compassion that just keep getting in the way.

Yet Gov. Rick Perry recently told the Obama administration that he would proudly refuse a huge infusion of Medicaid money that would significantly reduce those shameful statistics and cover 1.7 million more people. The same indifference to suffering that pushed Texas to the bottom is now threatening to keep it there.

Despite the large number of people dying due to a preventable diseases, or who are left to suffer a lifetime of pain due to a chronic illness, conservatives aren't moved.

At least five other Republican governors have made a similar choice … Their refusal illuminates a growing divide over the nature of a state government’s role. Around the country, a new study shows, states continue to face a fiscal crisis because of rising costs and Republican-driven cuts in federal aid.

That’s a “fiscal crisis” caused by, and brought on by their own irresponsible ideological actions.

Some governors and lawmakers are … using the downturn as an excuse to end a long tradition of states being the final backstop for society’s neediest. Over the last year, for example, eight states have cut or eliminated cash welfare payments to their poorest residents.

It happened last week in Pennsylvania, where 61,000 residents — almost all of whom are disabled and poor — were told that they would abruptly lose their $200 monthly general assistance payments, all to save $150 million a year. Our hands are tied by a tightening budget, welfare officials told astonished recipients, though Gov. Tom Corbett’s hands didn’t seem restrained when he handed out $300 million in business tax cuts earlier this month. In Maine, Gov. Paul LePage — who compared the health care reform law to the Holocaust — signed a budget bill in May that will reduce or eliminate existing Medicaid coverage for 21,000 people.

And from all indications, Americans appear supportive of Mitt Romney, who will institute nationally what we’re seeing in the above mentioned states. The race is even.

Is there anything the Republicans can't sell the American public?