I'll admit, I never considered tying the entire Milwaukee-Chicago region together, but I like it. I'm also familiar with the old Wisconsin/Illinois rivalry and cliches that grew around it. It was fun bashing tolls and anything south of the cheddar curtain. Chicago radio personalities had their day with us as well. But that was then, this is now. So much traffic already exists between the two states major metropolitan districts, including Racine and Kenosha.

This future thinking originated from Paris, France of all places: 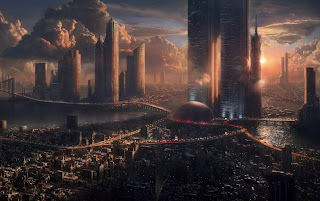 The comments about business poaching came at a conference called "Milwaukee's Future in the Chicago Mega city," that explored the untapped potential of the Chicago-Milwaukee economy. The event was sponsored by Marquette University and the Journal Sentinel. Milwaukee's most tangible and immediate ties to the global economy run through Chicago, which already is a global city … The event was prompted in part by a report issued by the Organization for Economic Cooperation and Development, a global economic think tank based in Paris. The 332-page report issued in March advocated closer ties within the Chicago-Milwaukee economy, and declared the region "is at a tipping point."

ManpowerGroup Inc. chief executive Jeff Joerres, said it's disappointing that it took a team of economists from Paris to issue the wake-up call. The OECD found that the Chicago-Milwaukee region is politically splintered despite common industries, highways and shoreline. Among the most pernicious practices that split the region, the OECD found, is Wisconsin's practice of poaching companies.

Ironically, when the M-7 formed five years ago (Milwaukee 7 economic development group), it asked its seven member counties to sign a noncompete pact promising not to poach companies from one another, calling it a zero-sum game.

Yet the Chicago Chamber, no bastion of liberalism, wants to explore what sounds like “progress,” a bad word in Republican world:

The Chicago Chamber wants to take the next step and create a Tri-State Alliance for Regional Development. That group would gather civic and business leaders from the region and begin the baby steps toward broader cooperation, said Kelly O'Brien, a senior official at the Chicagoland Chamber of Commerce.